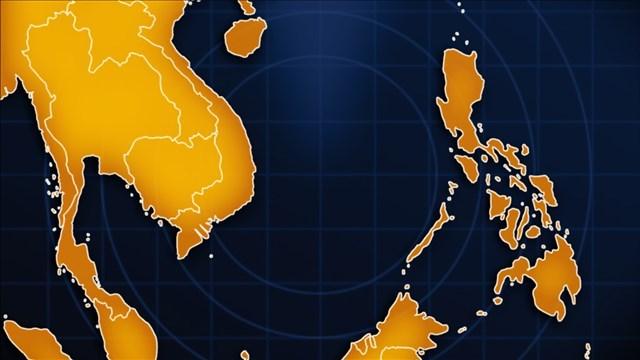 (CNN) -- For a movie that's all about trying to communicate, Paramount's upcoming film 'Arrival' did a horrible job of getting its own message across.

The sci-fi flick waded into a firestorm of controversy when newly-released promotional posters showed Hong Kong's skyline but with one alien addition -- Shanghai's Pearl Oriental Tower.

The movie, starring Amy Adams, centers around a team of experts who are trying to communicate with aliens who visit earth. The image was part of a series that showed hovering spaceships around the world.

The poster blunder miffed many. Was Hong Kong's famously dense and soaring skyline simply not impressive enough that it needed to borrow a tower from Shanghai -- 1,226 kilometers ( 762 miles) to the north?

One person tweeted: "Why don't you put the Eiffel Tower in Rome too?"

Some parodied the poster by Photoshopping famous landmarks and misplacing them.

'Why are they here?'

But it wasn't merely a case of bad geography.

The image of a mainland Chinese landmark superimposed onto Hong Kong in many ways brought to life a growing fear in Hong Kongers minds that Beijing is slowly eroding the city's autonomy.

Hong Kong is a former British colony that was handed back to China in 1997 and enjoys greater freedoms as a "special administrative region," than the rest of mainland China.

The city has its own currency, Olympic team, flag, language, legal framework, economic system and uncensored access to the internet.

However, the mysterious disappearances of multiple booksellers who sold titles that were critical of Communist Party elite and Beijing's refusal to allow Hong Kongers to vote for their own leader has roiled the city -- most notably during 2014's Occupy protests, in which hundreds of thousands of people poured out into the streets.

At the same time, Hong Kong's reliance on mainland Chinese tourists to support the local economy with their shopping has strained the city's infrastructure, spurring "anti-mainland" protests and scuffles.

Unwittingly, Paramount's promotional line "why are they here?" is actually something many Hong Kongers have been wondering about their counterparts across the border for quite some time now.

Paramount tried to rectify the situation with an explanation on its Twitter and Facebook accounts that blamed a third-party vendor.

"An error in one in a series of posters for "Arrival" was made by a third party vendor. The wrong art depicted in this specific poster has been replaced with the correct art. We are disappointed to have not caught the error," it said on the movie's Facebook page.

But when another poster appeared later with a spaceship over the actual Shanghai skyline, some took offense at the replacement of Hong Kong -- interpreting it as a move to prioritize mainland China and the lucrative size of its movie market.

"Thank you for making it clear that the renminbi (mainland China's currency) is more important," said Facebook user Celine Ying. "Stay away from HK with your movie."

The film debuts in US theaters November 11. While release dates for Hong Kong and China have not yet been set, this blunder may have alienated some Hong Kong audiences.

Alice Leung echoed many of the sentiments on a Facebook thread, saying: "Never mind, I won't watch it anyway."