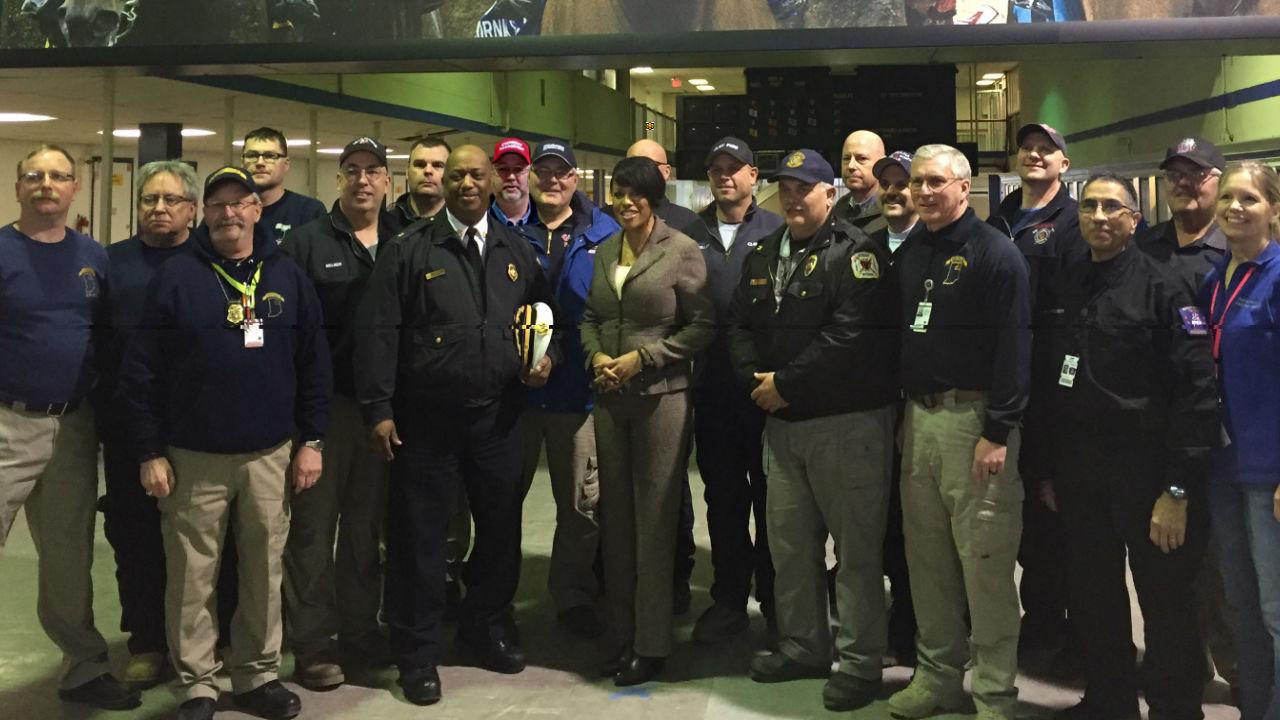 The city of Baltimore is thankful for “Hoosier Hospitality” after being slammed by a historic snowstorm.

First responders from Northern Indiana were deployed to the emergency situation in Maryland last week.

A spokesperson from the mayor office told ABC 57 the incident management team from Indiana was not only effective but also efficient.

According to the office, another snow storm back in 2010 crippled the city for 17 days.

With the help of this team, the city was up and running again in just a little over a week.

“They still had a lot of digging to do when we left; we had the main stuff open,” said Kent Stouder, Division Chief for the Elkhart City Fire Department. “The city was going to take over the little stuff that they would normally do.”

Snow removal is almost second-nature to Stouder, even in unfamiliar places.

“Well I had never been to Baltimore before, so it had reminded me of Chicago,” said Stouder. “And when you think about it, you had four-feet to six-feet drifts in downtown, the city was paralyzed.”

Baltimore was paralyzed by a late January snow storm and was digging for help.

“It was 18 people that came together and formed our incident management team,”

The incident management team was made up of departments everywhere from Clay, Chesterton, and Elkhart City’s Fire Department to the South Bend’s Police Department.

“An incident management team can pretty much be dropped into any type of circumstance and try to make some type of resemblance of order out of chaos,” said Lt. Gary Horvath, South Bend Police Department.

And it was a challenge many on this team were prepared to take on.

“That’s what these teams were put together for, if they have an earthquake, a tornado, floods, we can go and we can help manage these incidents where people don’t have the resources to do that,” said Stouder.