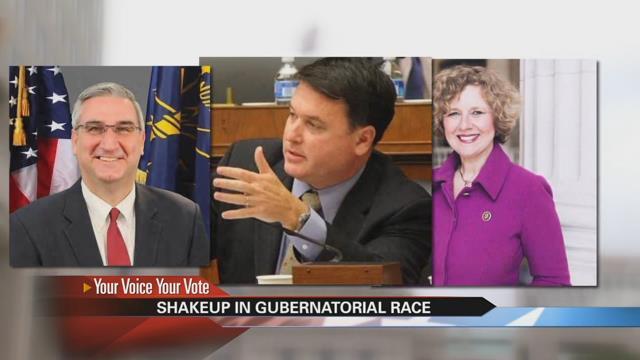 The party is looking to name a new nominee after incumbent Governor Mike Pence confirmed today he's dropping out.

Pence announced he will bow out and three other officials followed suit in order to take his place.

Friday afternoon, Pence's campaign attorney dropped off paperwork on behalf of the governor, making his exit from the gubernatorial race official.

There's now a sprint underway to pick a new nominee for the party.

Three runners have entered the contest since Friday afternoon.

Congresswoman Susan Brooks, Representative Todd Rokita and Lt. Governor Eric Holcomb all announced they will not seek their respective seats in order to take on the state's top office.

The party has 30 days to choose a nominee.