Hoosiers take to the streets in hoodies to honor Trayvon Martin 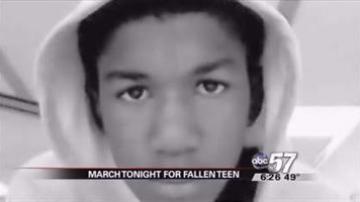 INDIANAPOLIS -- Hoosiers are taking a stand against discrimination!

Right now, hundreds are marching through the streets of Indianapolis to honor Trayvon Martin.

He is the Florida teen who was shot and killed last month.

Police said a neighborhood watch captain thought he looked suspicious because he was wearing a hoodie.

Organizers said it is all about raising awareness.

"Anybody could judge me right now, but no one should be judged just because they're wearing a hoodie or their skin is darker, or they look different," said Idris Foster.

Monday night's march in Indianapolis wraps up at 7:30 p.m.

It is just one of many planned around the country.