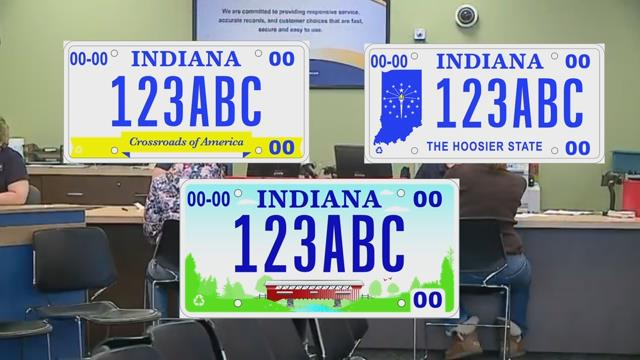 2016 is Indiana's Bicentennial year and because of that, Hoosier drivers get to vote on a new license plate.

The new license plate design will replace the outgoing Bicentennial plate that has been in existence the last few years.

Three new plate designs were unveiled earlier in August at the Indiana State Fair. Each new design depicts a piece of Indiana.

There is a blue, red, and green plate that shows a covered bridge over a creek. The second design is a white, blue, and yellow design with a torch and stars that cover a silhouette of state. At the bottom of that design there is the slogan “The Hoosier State”.

The third design choice has a white background, blue numbers and yellow ribbon at the bottom that says "Crossroads of America."

Hoosiers can vote online at the BMV website until midnight on Labor Day. The winning design will start to be on vehicles in January 2017. The new plate can be bought for $10.25.