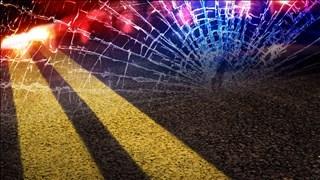 According to the report, 30-year-old Andres Espino of Illinois was traveling south when a horse crossed the street in the path of the vehicle causing it to crash.

The front end of the vehicle was damaged and considered totaled.

Espino was found bleeding from his head and had glass in his eyes.

He was transported to Goshen General Hospital for treatment of his injuries.