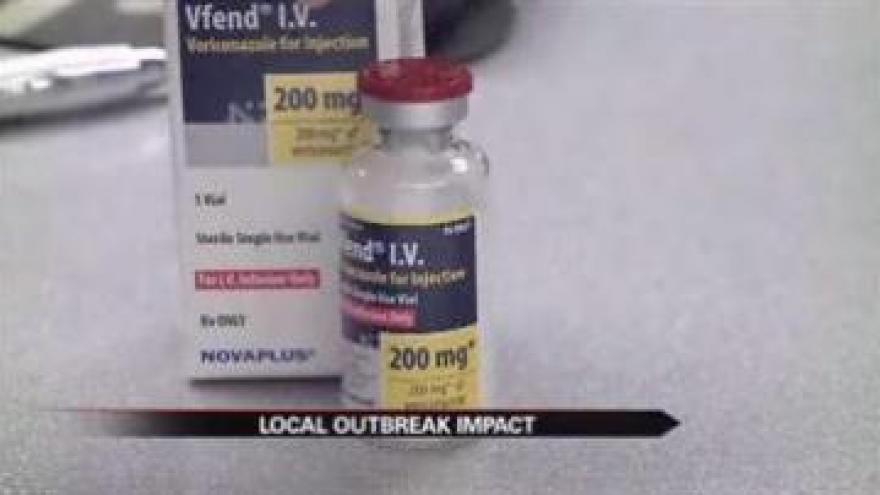 There are at least 38 active fungal meningitis cases in the state of Indiana and many of those patients are in Elkhart General Hospital. A spokesperson for the hospital says around 20 patients have tested positive for the infection.

"There was quite a bit of contamination in the bottles that were tested," said Dr. Dan Nafziger of IU Goshen Health.

Nafziger just got back from a conference in California about fungal meningitis.

He is also the Health Officer for Elkhart County which means he is familiar with the caseload of patients at Elkhart General Hospital.

"It's really kind of a new problem that we haven't seen in the past and it’s a national problem in that those medications we distributed across the country, but we seem to have a disproportionate share,” said Dr. Nafziger. "It has affected more than a couple dozen patients in the county and fortunately most of those patients seem to be getting better."

He stresses the infection is not something that is passed from one person to another.

"It's a communicable disease, but the communication in this case is from the contaminated steroid to the injection, not from person to person,” said Nafziger.

The most common form of treatment is a drug that costs close to $6,000 a month.

“It's called voricamazole and the good news is it’s a medicine that's available in IV form and oral form. The bad news is it’s expensive and it does have some side effects. So it's going to be an ongoing challenge to manage those patients even with an oral medication,” said Nafziger. "We don't really know why some people were really unlucky and some people have appeared to escape infection."

The hospital spokesperson plans to hold a news conference about how their staff here is keeping up with the patient flow this week.

However Dr. Nafziger says the staff is seems to be handling the extra patients with ease.