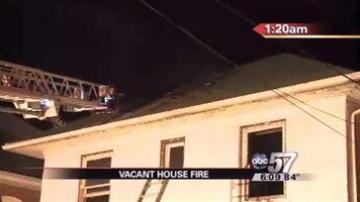 At around 1 a.m., fire crews were sent to a home on Broadway Street in South Bend. They were then called back out to the scene after the fire rekindled in the attic of the home around 5 a.m.

The second fire was quickly put out.

One firefighter was treated for heat exhaustion. He's expected to be fine.