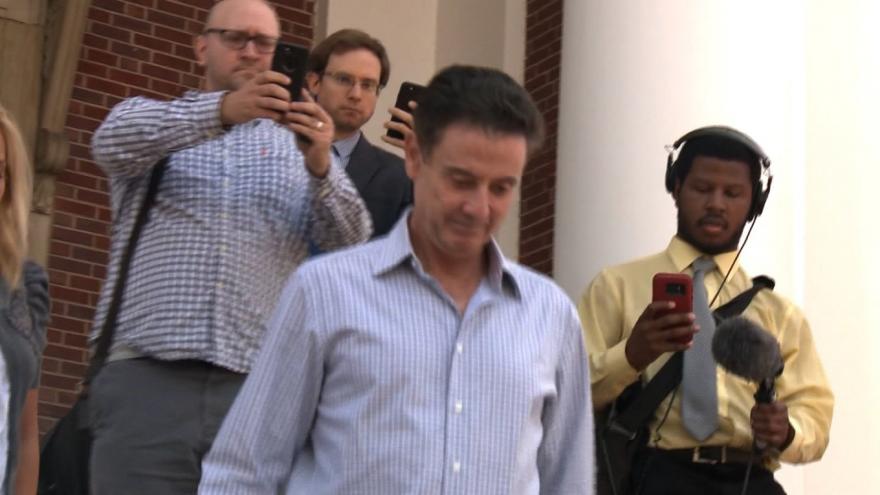 (CNN) -- The House Energy and Commerce Committee is calling for a briefing on the emerging college basketball bribery scandal that so far has resulted in 10 arrests, calling it "extremely troubling."

The committee's leaders said they are requesting a briefing from the National Collegiate Athletic Association and sports companies allegedly involved in the widespread college basketball scheme to learn what they're doing to ensure similar schemes are not happening in other sports and to prevent them from happening in the future.

"The federal government's investigation into sports companies and basketball coaches at numerous colleges across the nation is extremely troubling and puts into serious question the NCAA's ability to oversee its own institutions," Chairman Greg Walden of Oregon and top Democrat Frank Pallone of New Jersey said in a joint statement. "In addition to any criminal activities, these allegations raise concerns about the effects of these predatory schemes on youth athletes and how hidden financial connections between advertisers and endorsers influence young consumers."

The FBI has arrested 10 people, including college basketball coaches and high-level apparel company employees, on allegations of bribery and other charges.

The US Attorney's Office for the Southern District of New York filed three complaints that allege fraud and corruption in the "dark underbelly of college basketball," acting US Attorney Joon H. Kim said at a news briefing Tuesday.

Four assistant and associate coaches at Division I schools with top-tier basketball programs -- Chuck Person, Lamont Evans, Tony Bland and Emanuel Richardson -- have been charged with wire fraud, bribery, travel act, and conspiracy offenses. According to the complaint, the coaches allegedly facilitated and received bribes from athlete advisers, including business managers and financial advisers Christian Dawkins and Munish Sood, over multiple instances, in exchange for directing and pressuring players and their families to retain the services of these advisers.

In a second scheme, the complaints allege that the athlete advisers and individuals affiliated with major athletic apparel company Adidas paid bribes directly to student athletes and their families. The money allegedly paid was in exchange for the athlete's commitment to attend a specific university sponsored by the company, and an agreement to ultimately be represented by the "bribe-payers" once they enter the NBA.

"All of those charged today contributed to a pay-to-play culture that has no business in college basketball," Bill Sweeney, assistant director in charge of the FBI's New York division, said at the news briefing Tuesday.