House explosion in Kosciusko County leaves one dead, another in hospital 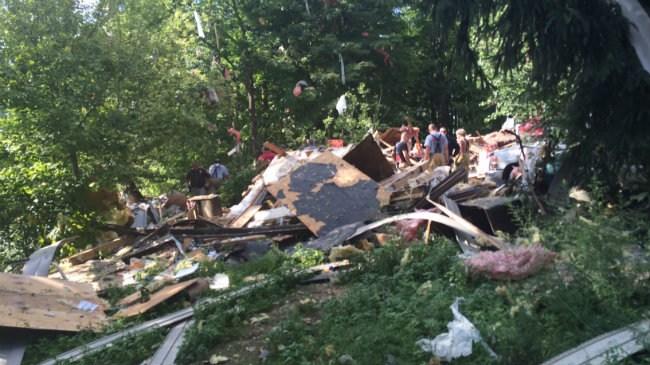 One person is dead and another is in critical condition after a house explosion Thursday afternoon in Claypool.

Deputies from the Kosciusko County Sheriff’s Department and other emergency personnel responded to a call regarding a possible house explosion in the 4600 block of South County Road 450 West.

The deceased victim was found under debris and was transported to the Northeast Indiana Forensic Center in Fort Wayne for examination and autopsy.

A deputy determined there was massive destruction of the residence and could hear another individual trapped underneath the rubble.

The second victim was extricated from underneath approximately two feet of debris.

Deputies say the resident was immediately airlifted to Parkview Regional Medical Center in Fort Wayne and is in critical condition.