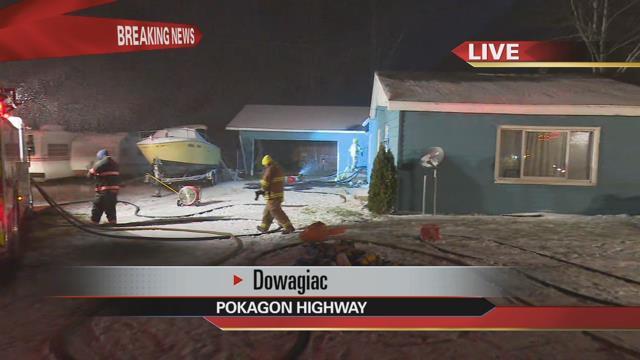 A residential house fire was reported on the 23000 block of Pokagon Highway Thursday afternoon.

Officials say the call came in at approximately 4:58 p.m. regarding an attic fire.

The blaze was solely contained to the attic, but 75 percent of the newly purchased home now has water damage.

The family says they have not even lived in the house yet as it is a gift for their son who is returning home.

Three fire departments along with an ambulance responded to the scene.

According to fire crews, the family was working in the garage when the fire started and no one was injured.

Stay with ABC 57 News as our Taurean Small is at the scene gathering more information.