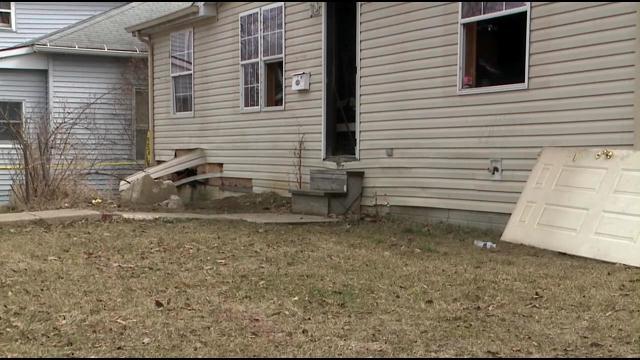 A house fire that started in an Elkhart  basement has turned into a meth lab investigation.

Police say it was firefighters who initially took the call, they say they found what's believed to be meth making materials inside this home.

"The fire department got here they found smoke, during their investigation inside the residence they located materials that are commonly used for making methamphetamine," said Sergeant Chris Snyder of the Elkhart Police Department.

Most of the damage of the house is to the basement.

"They (firefighters) decided to go into the front door and into the basement and that is where they noticed the fire was in the basement," said Tony Balzano of the Elkhart Fire Department.

Off camera the owners of the home say they were also inside at the time of the fire, and there were seven people in the one story home including a six month old baby.

Neighbors off camera say they are not surprised that this happened since they have witnessed some in the home making and smoking meth.

Investigators are trying to determine if the cause of this fire was indeed drug related.

There were no casualties in this incident, one man was injured and transported.

He suffered a severe burn and was flown to the nearest facility that handles burn patients.