How weather can impact racing conditions at the Indy 500

NOW: How weather can impact racing conditions at the Indy 500

As the engines rev up, drivers are paying attention to the competition on the track and the weather conditions at the Indianapolis Motor Speedway. Much like racing, things can change in a matter of moments.

ABC57 First Warning Neighborhood Meteorologist Maci Tetrick spoke to Matt Jaskol and Dewayne Ellwanger, experienced race spotters, on the impacts that weather has and what can be expected on Sunday ahead of the Indy 500. 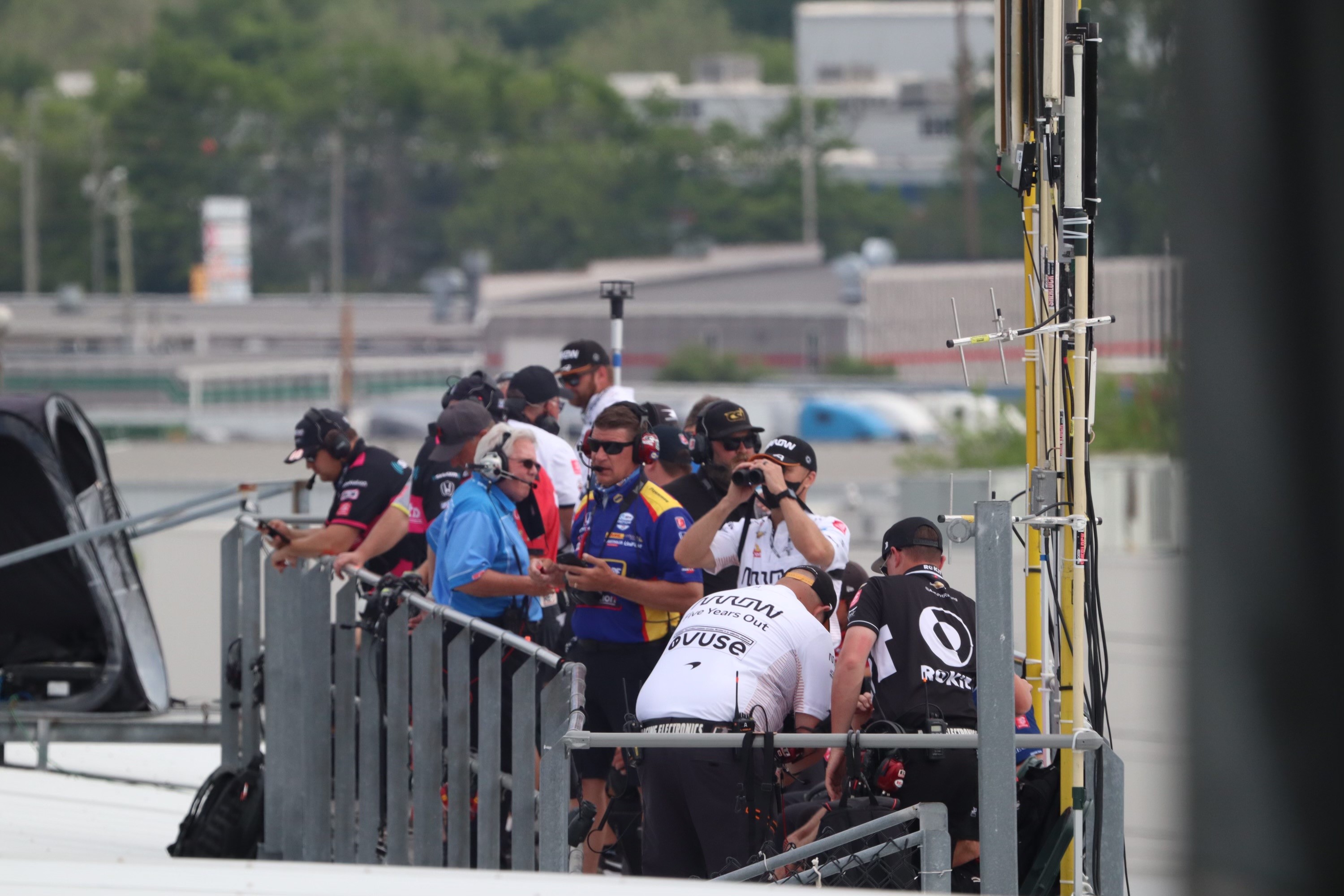 Both men are spotters for Andretti Autosport. Ellwanger has worked for IndyCar for 33 years, and currently spots for driver Alexander Rossi. Jaskol has spotted for three years, currently for Marco Andretti. You may also recognize him as a current driver in the Nascar Xfinity series. 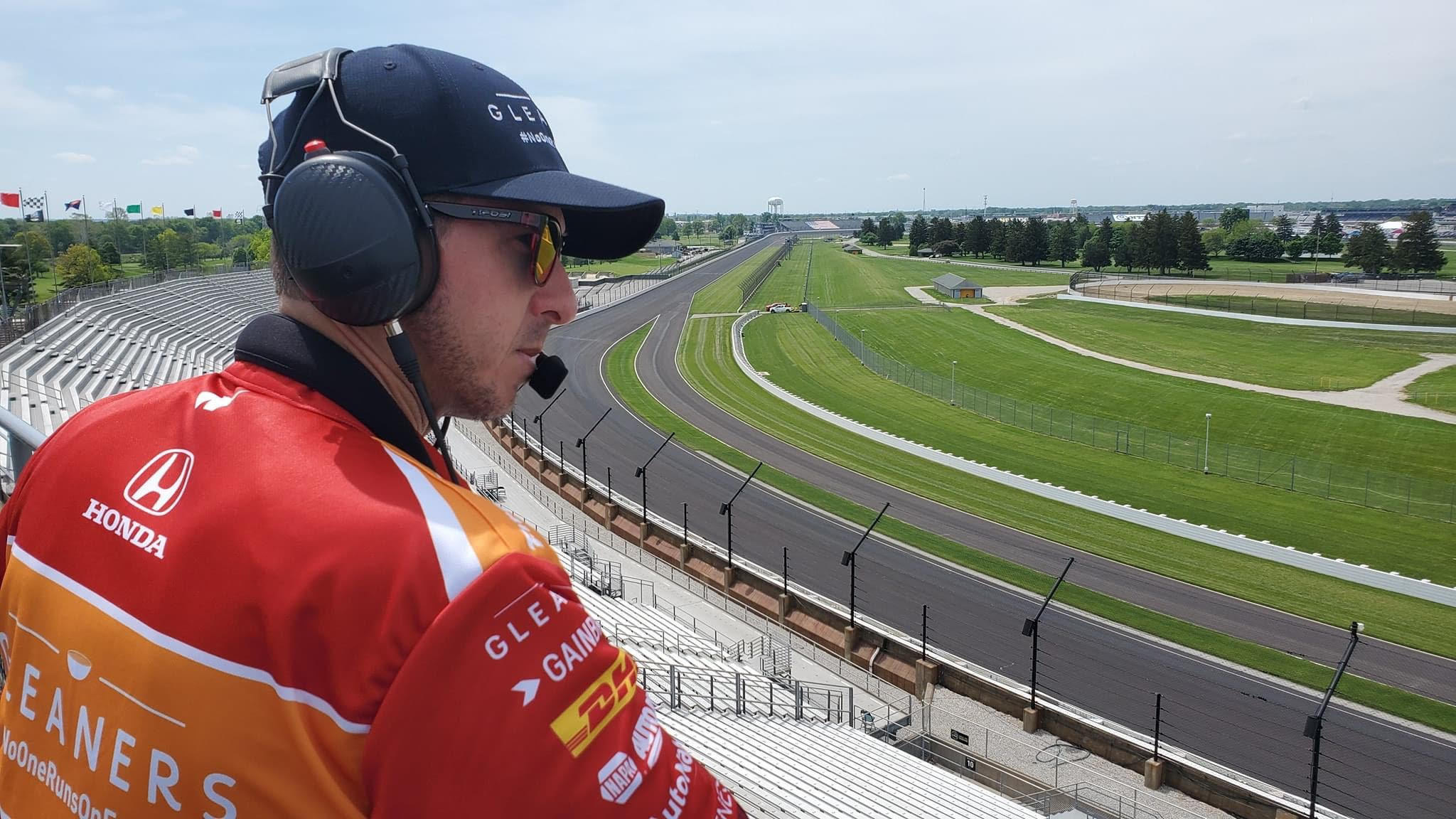 The two are knowledgeable about racing both on and off the track, and they play a vital role in the success of their driver.

"There's two spotters, one in turn one, one in turn three," explains Jaskol. "We are the ones that actually talk to the driver around the track, to let them know what's going on. You know, with drivers doing almost 230 miles an hour, things happen fast."

Part of what's happening is changing weather, which can present a new set of challenges each day in practice before the race.

Each team has engineers constantly checking the weather and tuning the engines.

Ellwanger spotting and talking to his team during a race

"Fuel mileage is one of the biggest things about how you win or lose this race," Jaskol explained. "So the engine manufacturers, Honda, Chevy, they’re looking way in advance with weather, to see how they can optimize the fuel mileage.”

Cool weather makes a car run faster, while hot temperatures make for a greasy track, and lower mileage. Teams can run with either of these conditions, but it’s helpful for conditions to stay constant.

“You hope to have the same conditions in practice as what you’ll have for race day," noted Ellwanger.

Even on race day itself, weather can change from one lap to another, or even one turn to another. A lap at the Indianapolis Motor Speedway is two and a half miles, so each part of the track can look and feel different.

“You can have the sun directly over the track, and all four corners will have a variance of degrees from anywhere, 30 to 35 degrees difference," Ellwanger explained. "Turn one, for instance, could be 130 degrees in the direct sunlight, and turn four, which is just half a mile down at the other end, can be 30 degrees different.”

Even if the air temperature feels comfortable to fans, the asphalt on the track continues to heat up on sunny days. A hot track can mean greasy tires and a sliding car.

Weather can impact how cars perform, and can also impact a driver both mentally and physically. New Aeroscreen canopies on IndyCars mean less air flow inside the car, so drivers could be sitting inside a car well over 100 degrees - quite an endurance workout through a long race.

“Average heart rate for an IndyCar driver is 175," Jaskol said. "That is higher than some athletes doing a triathlon.” 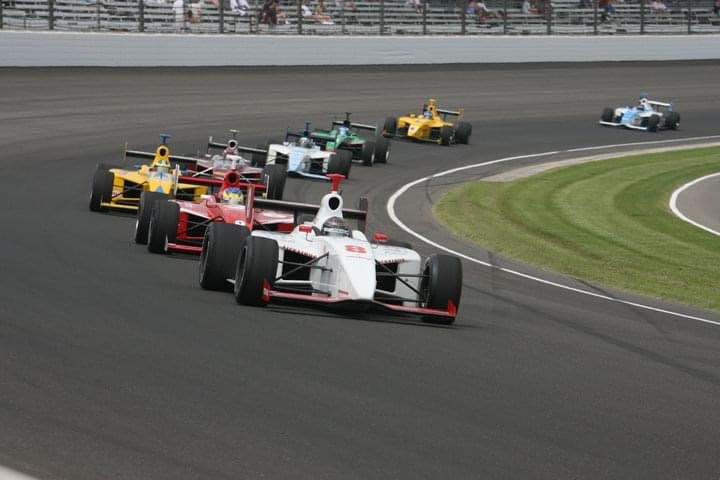 Teams hope for a race day with some cloud cover to help keep track temperature down, but they’re not looking for an overcast, rainy day.

“On the oval, you can’t race in the rain," Jaskol reminded. "Because these cars are so fast, and they’re really on a razor’s edge, they are very particular about making sure the track is completely dry.”

The race goes on rain delay, even if there are only a few sprinkles in one turn while the rest stays dry.

Rain changes the composition of the track, which has miniscule grooves, or holes, on the surface. From practice, the grooves fill with rubber, which adds grip to the track and is better for racing.

“If we get some really heavy rain, that pretty much washes all that rubber out of those little grooves," stated Ellwanger.

This can be problematic when drivers practice on a track with good grip, and it is suddenly gone during the race.

“You can go back in history and see like a really heavy rain, and a rain delay, then it goes back to green and cars crash, because some of the drivers don’t compensate for the lack of grip on the track,” said Jaskol.

After a rain delay, there can also be a change in humidity as the race resumes.

“The heavier the air, the more drag it creates on the car, so the slower you go," Ellwanger explained.

These decisions are being made as cars speed around the track. Sometimes, speed can be altered also based on wind.

“Wind, wind! Can really affect the race, and become dangerous, if a driver’s not paying attention, if the team’s not giving him good information," states Jaskol.

A headwind on the front straightaway, but a tailwind on the back straightaway, can lead to a difference of a few miles per hour. Entering a turn slightly faster or slower than the lap before, based on wind, can be devastating to a driver.

“Even just in recent years, a few world champions, considered some of the best drivers in the world, crash here at the Indianapolis Motor Speedway, because of wind." Jaskol said. "Because the wind gusted and pushed the car, and they didn’t expect it, and they hit the wall.”

As a meteorologist, of course I joked that I’d try to crank out a nice forecast for race day.

“Give us between 75 and 80, light winds, a little bit of clouds at time, if you could make that happen for us, we’d really appreciate that,” was Jaskol's request.

While meteorologists can’t actually change what the weather will be on race day, teams can go to great lengths to adapt. The combination of temperature, wind, air density, and rain, ensure no two races are the same, and make the winner’s trip to Victory Lane that much sweeter.