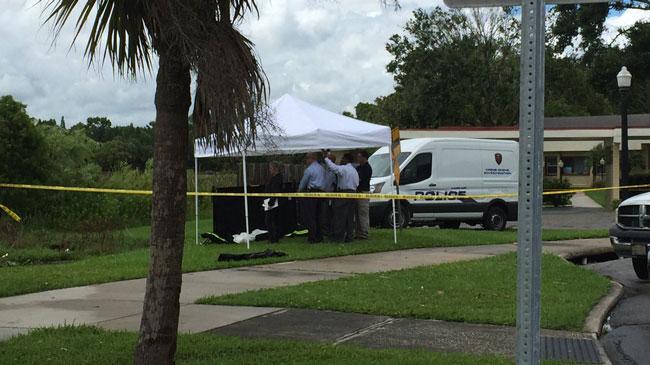 Human remains were located inside an alligator captured at a lake in Lakeland, Florida on Tuesday evening, according to the Lakeland Police Department.

The manner and cause of death are still undetermined, police said.

Lakeland Police were called about an alligator with a body in its mouth around 1:40 p.m. on June 7. When officers arrived to the area of Lake Hunter Drive and Cresap Avenue, they saw what appeared to be a body in the alligator's mouth.

The alligator dropped the body and swam off. It circled the area for approximately an hour.

The man's body was recovered and a trapper captured the alligator Tuesday evening.

Police said the body appeared to have been in the water for more than a day.

The man still has not been identified.