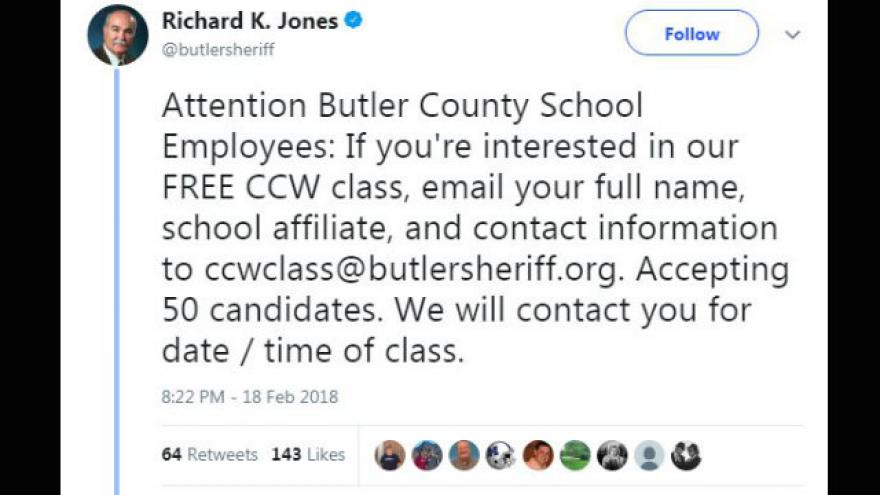 (CNN) -- Hundreds of teachers and school employees in an Ohio county have signed up for a concealed weapons class their sheriff offered in response to last week's deadly shooting at a Parkland, Florida, high school.

Butler County Sheriff Richard Jones announced the free training on social media on Sunday evening and said there were 50 requests in 20 minutes.

He closed sign-ups on Tuesday morning after receiving 300 requests.

In a video posted the day after a gunman killed 17 people at Marjory Stoneman Douglas High School, Jones called for armed guards at schools.

He also questioned the need for fire drills at schools and said he was concerned copycat gunmen could use the alarms to trick teachers and students into leaving the relative safety of their classrooms.

Butler County is just north of Cincinnati and was the scene of a 2016 shooting in which four students were hurt when a 14-year-old opened fire in a school cafeteria.

Jones said he will be scheduling the classes soon.

Teachers won't necessarily be able to bring guns into their classrooms once they complete the training.

Under Ohio's concealed carry law, school employees must leave their guns in their locked car when they're in a school safety zone, unless they have written permission from the school district to do otherwise.