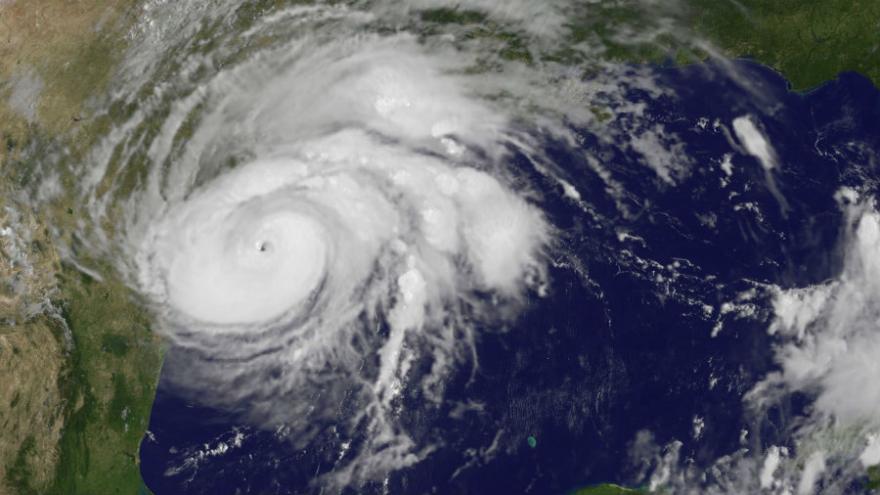 (CNN) -- Hurricane Harvey has weakened since it hit South Texas head-on late Friday but forecasters say water levels will still rise as torrential rain and blasting winds continue over the next days.

The powerful eye wall of Harvey initially reached land by 11 p.m. ET between Port Aransas and Port O'Connor, Texas, with the then-Category 4 storm packing winds of more than 130 mph. Harvey was downgraded to a still-dangerous Category 2 hurricane around 4 a.m. ET when winds dropped to 110 mph, the National Hurricane Center said.

It was the first Category 4 hurricane to make landfall in the United States since Hurricane Charley in 2004.

Millions of residents along the south Texas coast saw hurricane-force winds that knocked down trees, power poles and signs.

First responders are yet to assess the impact that the extremely powerful hurricane has caused over Texas in the first hours since landfall but forecasters have said it will be devastating and leave areas "uninhabitable for weeks or months."

As Harvey deluges Texas, coastal cities could see 13 feet of storm surge and as much as 40 inches of rain by Wednesday.

In Rockport, firefighters were "hunkered down" in the fire station as the eye of the storm was over them.

Roy Laird, assistant chief with the Rockport Volunteer Fire Department, told CNN they were anxious to get out and check the city for damage but it could be hours before they will be able to safely leave the station.

"We had probably 140 mph winds earlier. It was howling," Laird added.

Joey Walker, 25, works with the Galveston Island Beach Patrol and is riding out the storm from a house on Galveston Island. He posted video of near-white out conditions overlooking Stewart Beach.

Houston Mayor Sylvester Turner said anyone not leaving should plan to stay off the roads once the storm starts.

"People need to know, this is not a one-, two-day event and done," Turner said.

The storm will stall and dump rain on South Texas and parts of Louisiana into the middle of next week, forecasters predicted.