Husband on trial for wife's murder 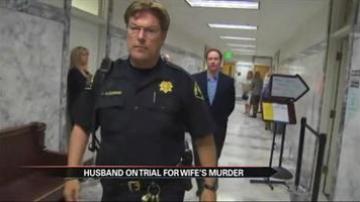 A Seattle man is on trial for the murder of his wife more than seven-years after her death.

The victim's family is hoping they will finally get justice.

In court, the mother of the victim took on her daughter's alleged killer, the same man she once called family but has been pursued for years as a cold blooded killer.

Nicole Pietz vanished from home in 2006. Her body was later found in the woods.

"I just said he murdered my daughter. I've cried my brains out every day for 7 years. If he can't take being confronted by a 72 year old woman, he's not much of a man," said the victim's mother Gale Schneider.

Police were interested in her husband as a suspect early on but it took them six years to build a case against him on circumstantial evidence and DNA.