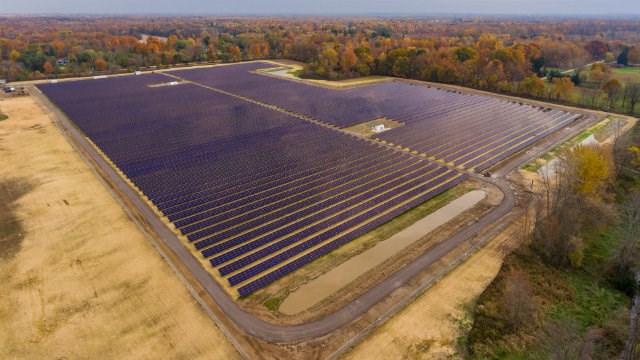 According to I&M, the company’s fourth plant is located just east of Watervliet and contains more than 50,000 solar panels that can create power for approximately 650 homes.

“I&M is dedicated to serving customers in the ways they want to be served, and many customers have told us they want more renewable energy,” said Paul Chodak III, I&M President and Chief Operating Officer.

The company says in addition to creating clean energy, I&M has partnered with Electric Power Research Institute to measure the performance of the solar plants.

“The addition of these solar plants comes as I&M advances in its transition toward less use of coal. In fact, even before these plants came online, I&Ms’ generation last year was 60- percent emission-free,” says Chodak.

The three other plants are located in Indiana near Marion, New Carlisle, and Mishawaka.

American Electric Power, the parent company of I&M, plans to spend $1 billion on green and renewable energy generation over the next few years.