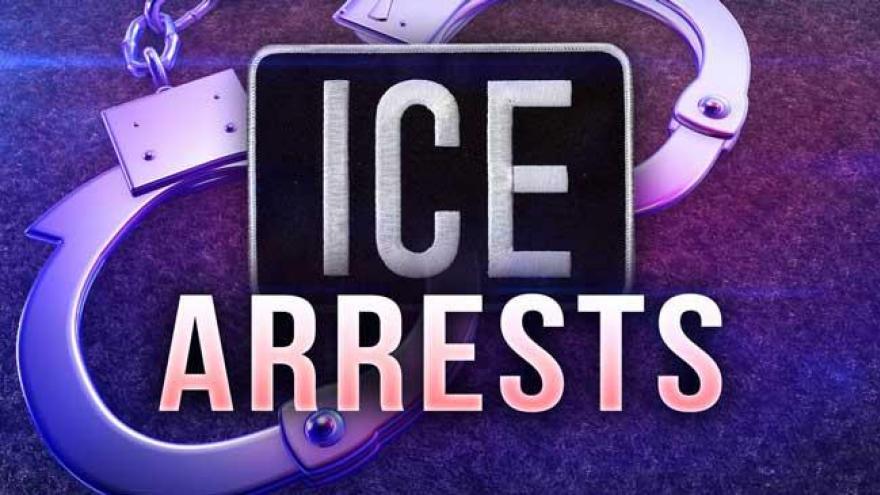 Immigration and Customs Enforcement initially confirmed the five-day operations, which critics described as raids, Friday, saying they were a set of targeted enforcement actions much like those they had conducted periodically under the previous administration.

But immigration advocates and Democratic politicians who represented the areas affected had questioned the activities -- saying they were going beyond the Obama administration in targeting non-threatening individuals and scaring communities with public arrests.

In a statement Monday, Homeland Security Secretary John Kelly once again emphasized that the operations were "routine."

He said the operations targeted convicted criminals, gang members, individuals who re-entered the country after being deported and individuals who had final removal orders from immigration judges.

Of the more than 680 arrests conducted by the Los Angeles, Chicago, Atlanta, San Antonio and New York City ICE offices, which include Southern and Midwestern states in their jurisdictions, roughly 75% were "criminal aliens," Kelly said.

Some of the crimes included "homicide, aggravated sexual abuse, sexual assault of a minor, lewd and lascivious acts with a child, indecent liberties with a minor, drug trafficking, battery, assault, DUI and weapons charges," Kelly said, though other criminal convictions could be included and it was not clear if any of those were what are known as "status violations," including driving without a license or using a false Social Security number as many undocumented immigrants do to work.

"President Trump has been clear in affirming the critical mission of DHS in protecting the nation and directed our Department to focus on removing illegal aliens who have violated our immigration laws, with a specific focus on those who pose a threat to public safety, have been charged with criminal offenses, have committed immigration violations or have been deported and re-entered the country illegally," Kelly said.

While the previous administration had clear guidance that targeted mainly serious and violent criminals, in his first week President Donald Trump signed an executive order that vastly expanded the priorities to include virtually any undocumented immigrant in the US, including if they were only suspected of a crime or safety threat.