Identity of man killed in accident on SR 2 released 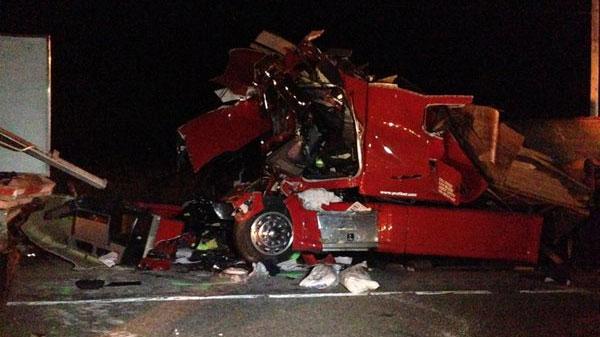 One person was killed after two semis collided on State Road 2 in New Carlisle.

Just before 9 p.m. Tuesday, a semi pulled off of Strawberry to turn left and head east on SR2 when he was rear-ended by another semi.

The driver of the second semi died in the crash.

The victim has been identified as 59-year-old Rick Jones of Franklin, Indiana.

The driver of the first semi was identified as Jorge Morales of Chicago. He complained of back and neck pain after the accident.

He had a passenger who was not injured.

Drugs and alcohol do not appear to be a factor in the accident, according to a release from the St. Joseph County Prosecutor's Office.