If the president says it, is it no longer classified? 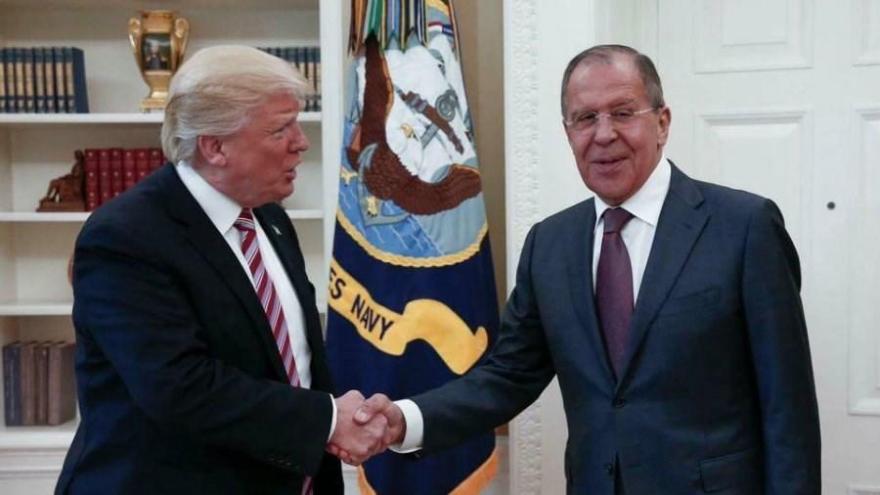 WASHINGTON (CNN) -- If President Donald Trump did indeed reveal highly classified information to the Russian foreign minister and Russian ambassador, many lawmakers said his actions are irresponsible and potentially dangerous.

But were they illegal?

"This (what Trump did) is worse than criminal," Alan Dershowitz, Harvard Law Professor Emeritus, said on "Erin Burnett OutFront" on Monday. But, he added: "It's not criminal."

The powers granted to the President give him the authority to determine if it is in the nation's interest to declassify something.

In this instance, Trump reportedly told Russian officials details about how ISIS hopes to use laptop computers as bombs on planes, along with additional details. This isn't the first time Trump has shared information.

In March, Trump made headlines after alleging that the Central Intelligence Agency was hacked during President Barack Obama's time in the White House. Trump told Fox News at the time: "I just want people to know: the CIA was hacked and a lot of things taken. That was during the Obama years."

In response, Rep. Adam Schiff, the top Democrat on the House Intelligence Committee, said this was an "off-the-cuff" remark made as a "cheap shot at his predecessor." However, Schiff noted, the president has the power to declassify intelligence merely by stating it publicly.

"For anyone else to do what the President may have done would constitute what he deplores as 'leaks,'" the California Democrat told CNN in March.

Some Republicans are defending the President by citing his authority.

"The minute the President speaks about it to someone, he has the ability to declassify anything at any time without any process," Sen. Jim Risch, an Idaho Republican, told reporters Monday.

Has this kind of thing happened before?

As CNN contributor Tim Naftali noted in a column in January, presidents have revealed intelligence and other highly sensitive sources "on rare occasions when they believe it to be necessary."

President Richard Nixon did it in April 1969 -- after the downing of a US reconnaissance plane off the coast of North Korea, Nixon appeared to reveal that the US could intercept North Korean radar signals.

In April 1986, President Ronald Reagan implied that the US had broken Libyan ciphers after disclosing that the US could read confidential Libyan government messages.

However, revealing information in a private meeting with a foreign official may be unprecedented.

"The only time I've seen something declassified in this fashion is an impromptu and ill-considered comment publicly, as in a speech or interview," said John Kirby, CNN's military and diplomatic analyst. "Certainly not as the result of a private, official meeting."

Also uncommon: A president doing something like this without serious deliberation with other government officials.

"It's rare that a president inadvertently makes public classified information, but if he did, it could then be considered declassified," Kirby said. "Even then, however, there is typically an inter-agency discussion about that. It's not like a magic wand is waved and it becomes thus."

Will there be any legal repercussions?

Dershowitz said Trump is facing "the most serious charge ever made against a sitting president."

However, the defense attorney said that doesn't mean it will lead to any action.

The President is able to declassify information, and because of that, Trump would be "safe from criminal investigation" and "probably safe from impeachment," Dershowitz added.

CNN's Tom LoBianco and Manu Raju contributed to this report.