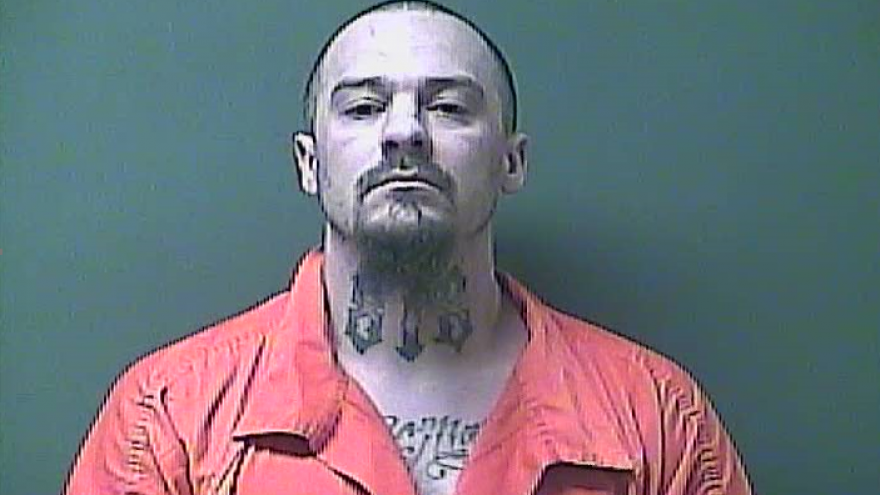 Martin J. Devalois, a 37 year-old-resident of Braidwood, Ill. was arrested as a serious violent felon in possession of a firearm and resisting law enforcement, deputies said.

At 9:58 a.m., a La Porte County Deputy initiated a traffic stop on a vehicle that was following a commercial vehicle too closely on US 20. The vehicle stopped on Range Road, north of US 20.

The deputy spoke with a female driver and a male passenger. The driver voluntarily got out of the vehicle after being asked by police, deputies said.

Another deputy arrived at the scene to assist the first officer with his K-9 Bosco. The K-9 gave detected that narcotics were present in the vehicle, according to deputies.

The passenger allegedly locked the doors and rolled up the windows of the vehicle. He allegedly refused to exit the car three times, deputies said. Devalois moved into the driver’s seat and sped off north on Range Road, according to deputies.

The deputies followed but lost the vehicle after it traveled through a wooded area and a field. However, another deputy was able to locate Devalois traveling west on CR 1000 North, deputies said.

Devalois allegedly threw unknown objects out of the car during the chase, deputies said.

Deputies followed the vehicle which went on CR 925 North before driving into another field. Devalois made his way back on SR 39, traveling south, deputies said.

Devalois was immediately taken into custody, deputies said. He is currently housed in the La Porte County Jail and is held on a $20,005 cash-only bond through Superior Court I, the report stated.