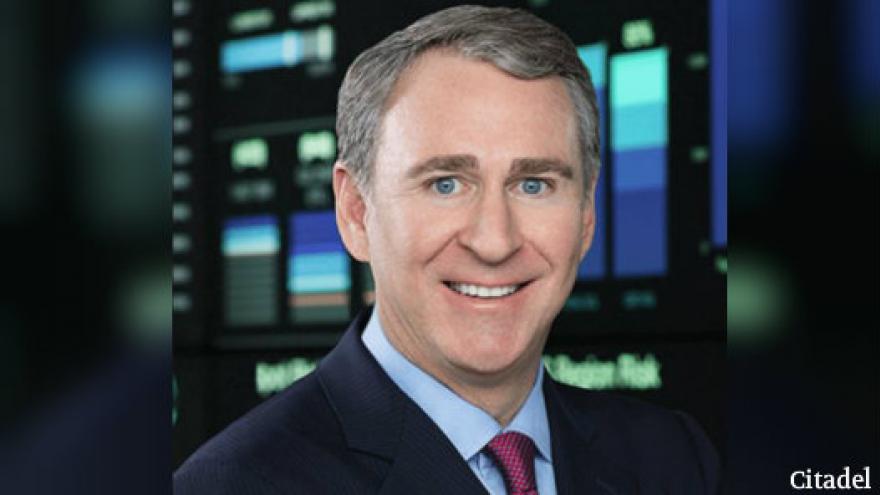 CHICAGO, Ill. (WGN) -- Illinois' wealthiest man is stepping up to help Chicago's crime fighting efforts. A $10 million dollar donation from Citadel CEO Ken Griffin is being heralded as a transformational investment -- one that can make the Chicago Police Department a national model.

High tech tools have already brought improvement, so Griffin's donation is expected to bring much more.

Billionaire philanthropist Ken Griffin seemed impressed by the CPD's smart policing strategy. The system in place at the 25th District is also now in use at 11 other districts.

Griffin's $10 million donation will help CPD and the University of Chicago Crime Lab to expand and improve the program.

Mayor Rahm Emanuel and Police Superintendent Eddie Johnson touted how gunshot detection and predictive technology have brought reductions in gun violence numbers since the system debuted a year ago.

Analytics from these strategic decision support centers have also helped with crime prevention.

Off topic, Mayor Emanuel had a strong reaction to the Chicago Magazine interview with the accused killer of Police Commander Paul Bauer. The 4-time felon compared himself to Trayvon Martin.

"To have a moral plane, as if Commander Bauer and a thug with a record that is longer than War and Peace, as morally equivalent -- I wouldn't use that article in my fireplace as kindling," Emanuel told reporters.

The Griffin donation is the largest ever made to Chicago's public safety system. Part of it will also go toward mental health and stress management resources for police officers.