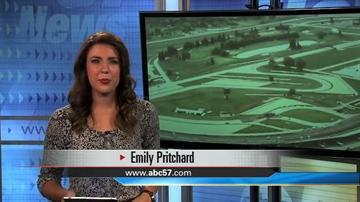 INDIANAPOLIS — Race fans can expect another race at the Indianapolis Motor Speedway next year.

The historic racetrack which already hosts two big races, the Indianapolis 500 and the Brickyard 400, will add another race to its May 2014 schedule.

On Tuesday, the Indy Car series announced that will add a Grand Prix race in May 2014.

The race will be called the Grand Prix of Indianapolis and will be a road course instead of the traditional trip around the oval.

"A lot of us had input on this track and that has been enjoyable," said Indy Car driver Graham Rahal. "For me to have done the first test, and to be here for the announcement, and to say a few words is special."

Tickets for the race will go on sale Monday, Oct. 14.