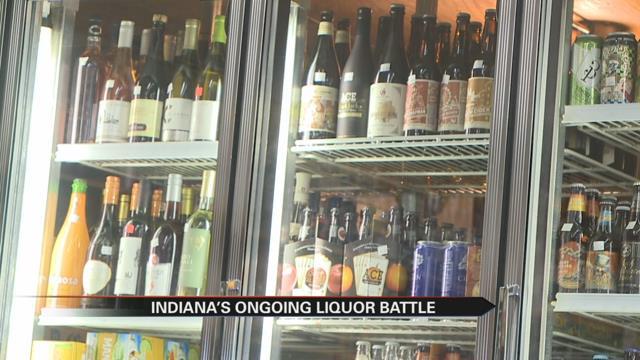 Hoosiers still won’t be able to buy alcohol on Sundays, but that isn’t the only rule restricting alcohol sales.

Wednesday, a House committee killed a bill that would overturn Indiana’s ban on Sunday alcohol sales.

The bill, sponsored by Rep. Tom Dermody, was his second attempt at overturning the ban.

But Sunday sales aren’t the only restrictions in Indiana.

Another bill Dermody drafted included a line that would allow happy hours in the state, but the committee took that part out of the discussion.

City Wide Liquor, a Mishawaka store, says there are even more rules when it comes to selling alcohol.

“It’s just a little bit of a rigamarole sometimes but it’s the law,” Christian Pinkowski, a clerk at City Wide said.

Pinkowski has worked at City Wide for six years, and says there’s plenty of hoops to jump through when it comes to alcohol sales.

Plus, he says they must turn away visitors who are not 21.

That includes children coming with their parents and elderly people with expired licenses.

“We really like to be a welcoming store for everyone, but it’s just one of those laws that we have to follow,” Pinkowski said.

He says the rules can get in the way of Hoosier hospitality, especially for visitors who don’t know the laws.

“They’re coming in from Notre Dame games and they’re not used to this. They’re here to have a good time and we have to be a little bit of a stern schoolmaster,” Pinkowski said.

Along with driving visitors away, Rep. Dermody says laws like this, especially the Sunday ban, drive Hoosiers out of state for business..