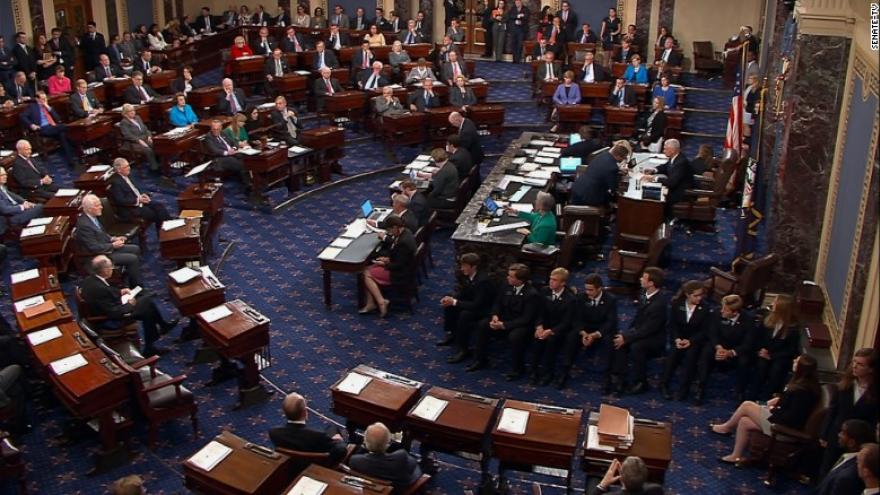 Republican Senators John McCain, Lisa Murkowski and Susan Collins joined with Democrats to oppose the measure bringing an end to the GOP's effort to repeal and replace Obamacare.

“This morning, I voted to take another step towards relieving Hoosiers and millions of Americans from the burdens of Obamacare. Too many Hoosiers have been left with too few options and rising costs. It is more important than ever that we keep our promise to them and fundamentally reform our healthcare system.

“Going forward, I will participate in hearings in the HELP Committee and continue to work with my colleagues, on both sides of the aisle, to come up with a solution that provides long-term stability to our healthcare system and gives each and every Hoosier the opportunity to access quality and affordable insurance.”

“I still believe that by working together we can improve our health care system and, at a minimum, Congress and the Administration should do no harm to the millions of Americans’ whose health and economic well-being are at stake. I share the frustration of Hoosiers and Americans who are tired of partisan proposals that fail to address issues with our existing health care system and the continued legislative uncertainty that is undermining the insurance markets. We should do the hard and necessary work to gather the input of doctors, nurses, hospitals, and patients, and work in a bipartisan manner to make coverage more affordable and accessible for Hoosier and American families.”

“Over the past few months, so many people in Michigan and across the country shared their stories, made phone calls, and spoke out against the Republican health care bill. Because of these actions, the Republican attempts to take away health care from millions of Americans failed tonight. It's now important that we work on a bipartisan basis to find solutions that lower health care costs and improve care.”