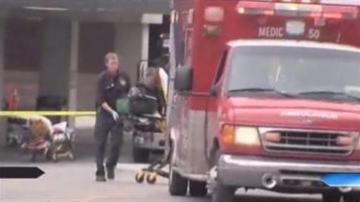 INDIANAPOLIS -- Homeland Security officials are still trying to find the source of a scare at Riley Children's Hospital on Thursday.

Seven people got sick after a strong odor took over the ER.

Initial reports claimed that the odor came from a woman's purse but officials did not find any liquids inside.

Riley's CEO released a statement Friday morning saying they were working with authorities to find the source.

Four of the seven adults were released from the hospital.

Police say they are not ruling out criminal activity.