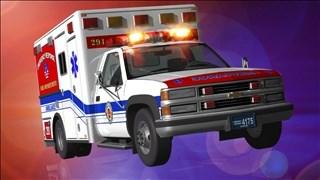 The incident occurred on Saturday afternoon when emergency services responded to a call of several swimmers struggling in the lake.

Brooke Veldeman, 14 of Mokena Ill. attempted to run into the water to help the three children who were struggling, but was pulled underwater. Veldeman and the three other children were taken to St. Anthony's in Michigan City for treatment.

Three of the children were released, but one was airlifted to South Bend, Ind. for continued treatment.