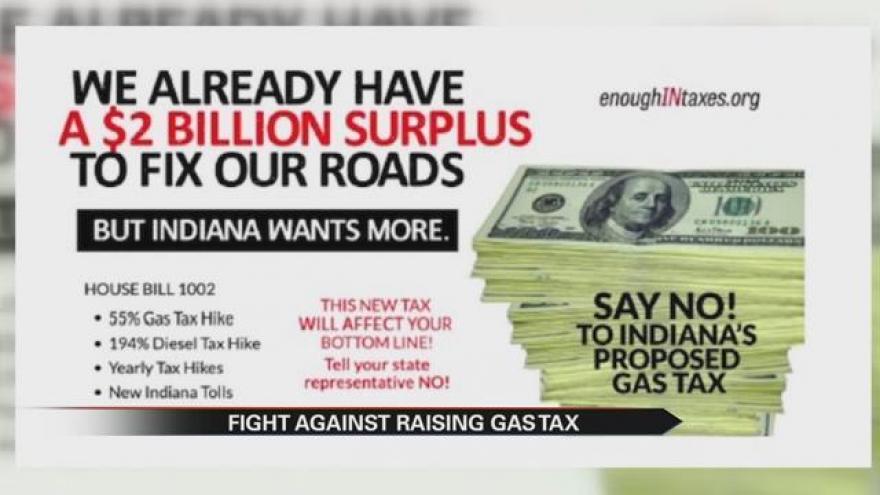 The fight against raising Indiana’s gas tax is about to get more heated. Gas station owners are launching a campaign statewide against the proposal.

Over the next couple of weeks, more than 1,000 stations will feature the signs made by The Indiana Petroleum Marketers and Convenience Store Association.

On the ad, you will find contact information for state lawmakers urging you to fight against the hike. The jump at the pump comes from an Indiana Republican proposal that would help fix Indiana’s roads.

The plan would not only increase gas prices, but add a $15 annual vehicle fee and a $150 annual electric vehicle fee.

Democrats presented their plan earlier this month that would use gas sales tax, freeze wealthy tax breaks and cut government waste. A house committee rejected it.

This isn’t the only campaign for the road funding bill.

Republicans are asking Hoosiers to take pictures of the worst streets and post it on social media with the hashtag, #IndianaPotholes.

If the republican plan passes, drivers in Indiana will pay more than $60 a year in gas and fees.

Right now, the road funding bill is on the house floor. It could be voted on as early as Tuesday and then head to the Senate by Wednesday.