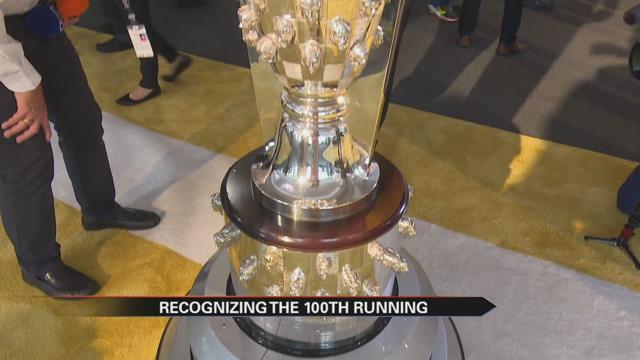 As we near the 100th running of the Indy 500, Indiana lawmakers and the drivers competing in Sunday’s race discuss why the 500 is so important.

“The race is a source of great pride for all citizens of our state and we are all very excited about the hundredth running on Sunday,” Indiana Senator Dan Coats said on the Senate floor Wednesday.

The Republican Senator was joined by his Democratic counterpart, Indiana Senator Joe Donnelly, to introduce a resolution on the Senate floor recognizing the Indy 500.

“It boosts local businesses and gives central Indiana an opportunity to showcase ourselves to the rest of the world,” Donnelly said, while speaking on the Senator floor.

The two Hoosier lawmakers spoke of the 500’s legacy, its importance to Indiana and its significance in the world of racing.

The resolution was passed Wednesday, one day before the drivers competing in Sunday’s race spoke with the media about what the 500 means to them.

“It’s American tradition, you know?” 2014 Indy 500 Champion Ryan Hunter-Reay said. “Our auto industry has been based on it for many years. The history that has gone into it, Memorial Day Weekend, it’s what America’s all about.”

“It’s the storied tradition that remains here,” J.R. Hildebrand, who finished second in the 2011 Indy 500, said. “As racing has evolved, as technology has evolved, the Indianapolis Motor Speedway, this sort of sanctuary of speed, has remained very true to its original mission statement.”

The word tradition was brought up by many drivers throughout media day, reinforcing how it is a foundation of the greatest spectacle in racing.