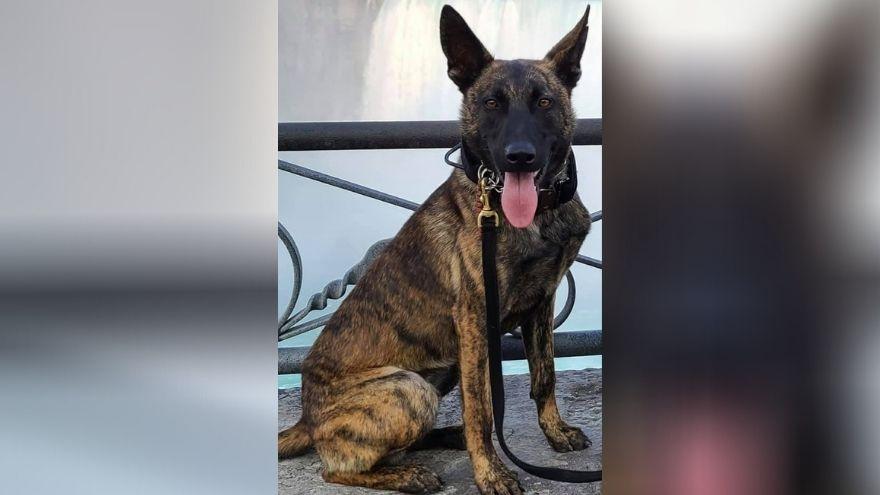 LAKE COUNTY, Ind.—An Indiana officer was placed on paid leave after her police dog escaped twice in one week, according to the Lake County Sheriff’s Department.

The sheriff said that K-9 Dax was found after “extensive searches” for him by police officers after both escapes.

Dax is a 14-month-old Dutch Shepherd from Canada and was with his handler in Lake County for six hours before running away the first time on September 26.

Crown Point residents reported seeing Dax jumping fences and swimming across a pond before he was located on September 29.

Later in the day on September 29, Dax escaped from his handler’s home through a door that had not been secured properly, according to the sheriff.

Dax was later found by officers near a church on September 30.

A veterinarian said Dax was healthy after the escape, according to the sheriff.

“We are currently reviewing Dax’s status on our department and considering options including reassigning him or possibly returning him to the vendor,” the sheriff said in a press release. “I am extremely disappointed by these regrettable events.”

Dax’s handler has been an officer with the Lake County Sheriff’s Department for almost two years and eight months ago, was assigned her first K-9, Razor, who was diagnosed with laryngeal paralysis and was exchanged for Dax, according to the sheriff.