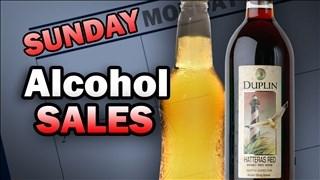 An 80-year-old alcohol ban in Indiana could soon be lifted.

On Wednesday, Indiana lawmakers approved a bill that would lift the ban on Sunday alcohol sales.

The bill was passed by the committee by a vote of 10-2.

An amendment was added to the bill that would require behind-the-counter liquor sales, which would stop self-scan alcohol sales.  Clerks over 21 would be responsible for checking out alcohol products.  Also included in the amendment, beer would be required to be sold in a special area of pharmacies and grocery stores, while liquor would be sold from behind a counter.

The bill is headed to the full House for approval.