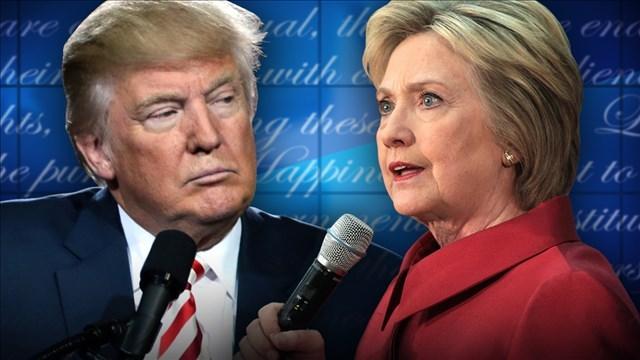 According to a Monmouth University poll released Friday, the Republican presidential nominee has a slim lead of four percentage points -- within the margin of error -- on Democratic opponent Hillary Clinton. In August, Clinton was trailing Trump by 11 points there, Monmouth found.

Among the likely Indiana voters surveyed, 45% said they would cast a ballot for Trump and 41% for Clinton. Another 9% support Libertarian presidential nominee Gary Johnson, while 5% remain undecided. Trump led Clinton 47% to 36% two months ago.

Trump's slide in the polls seem to reflect public opinion in the wake of leaked 2005 "Access Hollywood" footage, in which the real estate mogul can be heard bragging about being able to force himself upon women. The poll was also conducted before and after several women publicly accused Trump of groping them, allegations that the GOP nominee has vehemently denied and CNN has not independently verified.

The poll found a majority of Indiana voters (61%) had watched or listened to the tape and another 32% had read or heard about what Trump had said. About a third of the people surveyed (32%) said the businessman's comments rendered him unfit for president, while 56% considered them inappropriate but not disqualifying.

The poll also revealed dips in support for Trump among Indiana women (38% compared to Clinton's 47%), as well as his overall favorable ratings. Of note, however, is the lead Clinton now has among college graduates (36% Trump to 50% Clinton) despite being in a virtual tie with Trump in August (39% Trump to 40% Clinton) among that group.

As Trump's electoral map shrinks, the Clinton campaign eyes opportunities to pick up other red states.

According to a survey from Y2 Analytics published this week, Trump and Clinton were tied at 26% in Utah, with independent candidate Evan McMullin in third place with 22%. CNN has also reported that Clinton's campaign has invested resources in Arizona and Georgia in an effort to influence down-ballot races in those traditionally conservative states.

The Monmouth University poll was conducted by telephone from October 11 to 13 and surveyed 402 likely Indiana voters. Its findings have a margin of error of plus and minus 4.9 percent.