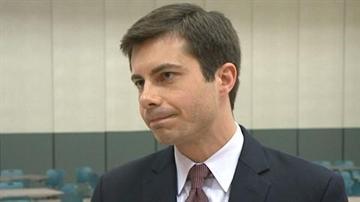 SOUTH BEND, Ind. – Mayor Buttigieg said Thursday night that he didn't think there was an impeachment procedure in place for mayors in Indiana. Well, there is one; it is not something that is easily accomplished, but it is possible to remove a sitting mayor from office.

According to the spokesperson for the Indiana Secretary of State Elections Division, Valerie Kroenger, there are several ways to impeach a mayor.

Showing up to work intoxicated, malfeasance, death or resignation are some of the ways a mayor can be removed; as are being convicted of a crime.

Conviction of a felony is grounds for immediate removal from office. Being convicted of a misdemeanor requires more steps to be taken before a mayor can be removed.

“Under Article 6, Sections 7 and 8 of the Constitution of the State of Indiana, all state officers other than justices of the supreme court or judges of the court of appeals of Indiana or the Indiana tax court, all other judges, prosecuting attorneys, and all county, city, town, and township officers are liable to impeachment for any misdemeanor in office.”

Wednesday, Mario Sims, speaking on behalf of a community activist group, announced that plans were being put together to impeach Mayor Pete Buttigieg as a result of the way Buttigieg has handled the scandal surrounding the discovery of telephone recordings at the police department that are said to contain unethical, racist, and possibly criminal content.

Friday, the Rainbow PUSH Coalition is scheduled to come to South Bend for a meeting with Mayor Buttigieg, and to attend a community briefing immediately following.

The local community activist group views Mayor Buttigieg’s decisions not to release the recordings that were stored a server located inside the police department, as well as his refusal to investigate the allegations of the content of those recordings, as an obstruction of justice.

Buttigieg claims he cannot investigate the recordings without breaking federal law, as he has been advised by legal counsel that the recordings may have been captured illegally.

Sims and his group say they could not have been, since no one has been charged with such a crime in relation to those recordings to date.

The activist group also claims, Buttigieg may be involved in a conspiracy to prevent the recordings from being released.

They believe there may be incriminating evidence in the recordings the mayor is intentionally keeping under wraps.

Buttigieg has claimed from the start that he has not listened to the recordings.

We do know, however, that Karen DePaepe (the former Director of Communications for the Police Department who found the conversations and was fired as a result of the federal investigation into the recordings, according to Buttigieg) did file at least one report with notes of what was said in the recordings. Mayor Buttigieg has not yet been asked if he has reviewed those notes.

Finally, the community activist group claims Buttigieg may be involved in an instance of intimidation against DePaepe.

According to DePaepe, she was threatened with arrest if she or anyone else talked about the investigation the FBI conducted into suspected felony violations of the Federal Wiretapping and Electronic Eavesdropping statute.

This allegedly happened at the time of her termination, and was supposedly said by Mike Schmule, Mayor Buttigieg’s Chief of Staff, in the presence of Rich Hil, a special attorney Buttigieg commissioned to handle issues related to the federal investigation while Interim City Attorney Aladean DeRose was on vacation.

According to his profiles on the Faegre Baker Daniels website, “Rich Hill has served as bond counsel for numerous cities, counties and towns in a variety of economic development, redevelopment and traditional financing projects.”

According to a profile for Aladean DeRose on what appears to be her personal website, “With strong litigation and appellate experience, Ms. DeRose concentrates on many aspects of general practice including banking, family law and employment discrimination law.”

She opened a private practice in South Bend in 1982.

Should the situation get as far as a conviction for a misdemeanor, Buttigieg would have to go before the State Senate for another trial that they would preside over. It would be their decision whether or not to remove him from office.

It would require a two-thirds vote to impeach him.

Should articles of impeachment be prepared against Buttigieg, by managers elected by the State House of Representatives, he would be suspended from his duties as Mayor and a temporary replacement would be appointed by the Governor.