Indiana Sen. Dan Coats to retire at the end of his term 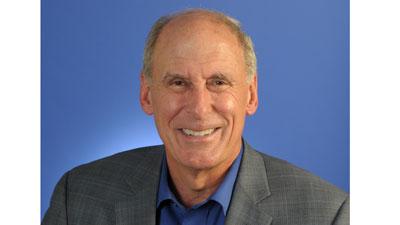 The two have swapped the Senate seat since 1989. Coats first retired from it in 1998, dodging what would've been a high-profile challenge from Bayh. Then Bayh retired in 2010, ducking Coats, who'd called his comeback bid unfinished business.

Now, as Bayh considers a return of his own -- he's still got $10 million in his campaign bank account from 2010 -- Coats will retire again, he announced Tuesday.

Coats, 71, said in a statement that he has "concluded that the time has come to pass this demanding job to the next generation of leaders."

"Until the end of my Senate term, I pledge to my constituents that I will continue to focus all of my time and energy on the major challenges that Hoosiers sent me to Washington to address," Coats said in a statement.

The short list of successors starts with former Indiana Republican Party chairman Eric Holcomb, who was former Gov. Mitch Daniels' campaign manager and right-hand man. Holcomb is now Coats' in-state chief of staff, and could inherit a campaign apparatus built around the senator.

Also a key player is Indiana House Speaker Brian Bosma of Indianapolis, who's been a dominant political figure for years but hasn't yet found an opening to run for higher office, with Republican Gov. Mike Pence looking like he'll run for re-election in 2016.

The short list of Republicans also includes a cadre of members of Congress who have won their seats since 2010. Rep. Marlin Stutzman challenged Coats in the 2010 Republican primary, finishing a close second in a five-person field. Rep. Todd Young, meanwhile, is hailed as a rising star -- though he could face pressure to remain in his Southern Indiana seat to stave off a Democratic challenge. And Rep. Todd Rokita has experience running statewide, as Indiana's former secretary of state -- but he's also seen as combustible and risky as a candidate for higher-profile office.

On the Democratic side, if Bayh opts not to run, the top candidates are two former House members -- Rep. Brad Ellsworth, who lost the 2010 Senate race to Coats and has since worked as an executive for Vectren, an energy company, and Rep. Baron Hill, who's said he's considering running against Pence for governor, too. Hammond Mayor Tom McDermott could run, too.

Coats said that he decided not to run for reelection even though he is "well-positioned to run a successful campaign" and said it was "not an easy decision."

Between his Senate terms, Coats served as U.S. ambassador to Germany.

President Barack Obama won the state in 2008, but what was previously known as a purple state in contention has been trending a deeper hue of red in recent years, with several major conservative leaders, including Gov. Mike Pence, coming out of the state.