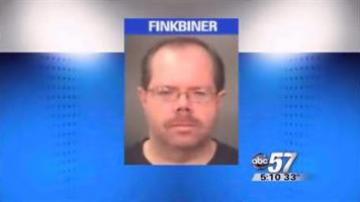 BRAZIL, Ind. -- The Indiana man at the center of a massive 'sextortion' case has been officially charged in Michigan.

Investigators say he videotaped a 14-year-old Michigan boy who exposed himself in a chat room and blackmailed the boy into performing sex acts on a webcam.

If convicted, he could face from 15 years to life in prison in Indiana.

Finkbiner faces charges of sexual exploitation of a child.