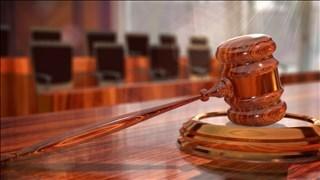 A jury has convicted a man of 19 counts of sexual exploitation of a minor and one count of distribution of child pornography.

44-year-old Shawn Shannon, a traveling gospel singer from Muncie, was convicted Wednesday after a three-day trial.

The government presented evidence which alleges that from February 1st to March 1st, Shannon lured a 13-year-old boy to a hotel in Decatur, Illinois, and directed him to pose for a series of sexually explicit photos. Shannon also engaged in sexual contact with another minor boy and took similar photos, according to trial evidence.

The indictment resulted in an investigation by the Decatur Police Department and U.S. Immigration and Customs Enforcement’s (ICE) Homeland Security Investigations.

Shannon was previously charged in a criminal complaint and arrested on April 15, 2015 in Muncie. After going to court on April 20th, he was ordered to remain detained in U.S. Marshals Service custody pending trial. Sentencing is scheduled for Jan. 9, 2017.