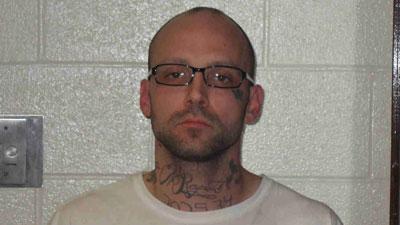 A battery investigation by Indiana State Police troopers resulted in the arrest of two people on Friday night.

Police say shortly after 9:00 p.m., officers from the Indiana State Police, Rochester Police Department, and Fulton County Sheriff's Department responded to a call reporting a fight at the 700 block of Parkway Lane in Rochester.

Upon arrival, police say they found a 24-year-old female unconscious and unresponsive that was having trouble breathing. The woman was transported via ambulance to an area hospital.

During their investigation, police found that the injured female was in a relationship with Jordan Miller, a 33-year-old man from Lakeville, Ind. Police say that Miller allegedly became upset with the woman because she had refused to ride with him in his car because she believed him to be too intoxicated to drive.

Miller allegedly struck the woman multiple times in her head with his fist, knocking her unconscious, and applied pressure to her neck and throat.

Miller also allegedly drug the unconscious woman from the bedroom to the living room of the home.

Miller was taken to the Fulton County Jail where he faces criminal charges for aggravated battery, domestic battery while in the presence of a child under 16, and strangulation.

Upon further investigation, police say they found a wanted felon was also in the home at the time of the dispute. 33-year-old Robert Carbone was found to have a warrant for his arrest from Porter County, Ind. where he was wanted for a class A felony dealing in a controlled substance.

Carbone was also transported to Fulton County Jail where he will await extradition.

Officials say that there were approximately 10 juveniles in the home, ranging in ages from infant to 14-years-old. The children were either released into the care of their parents or placed into the custody of the Fulton County Division of the Indiana Department of Child Protective Services.