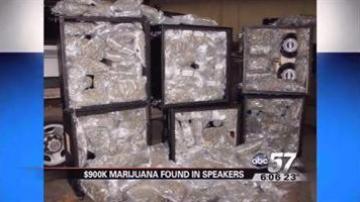 Nearly $1 million worth of weed was found hidden inside of car speakers.

On Tuesday, state police found the 185-pounds of pot during a traffic stop on I-70.