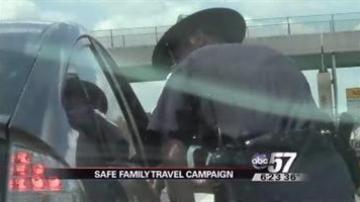 From now until November 27th, more officers will be on the road cracking down on impaired drivers and those not wearing seat belts. Last year 750 people died on Indiana highways.

During the campaign, two separate sobriety checkpoints will be conducted on roadways north of Elkhart. The first event is scheduled for Friday, November 18th, and the second will be Saturday, November 19th.

Drivers will have to progress through the line and return to the road within two minutes if officers determine they are not a driving hazard.