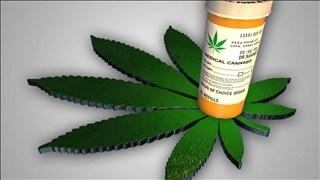 An Indiana state senator says she is ready to legalize medical marijuana in the state.

Senator Karen Tallian, who represents areas in and around Porter County, released a statement indicating she will propose legalization during the next senate session.

Tallian said in the statement that 32 states have already legalized medicinal marijuana, signaling the turning of the national tide.

She has submitted other bills in relation to marijuana, regarding the decriminalization of marijuana, however, they were never advanced.