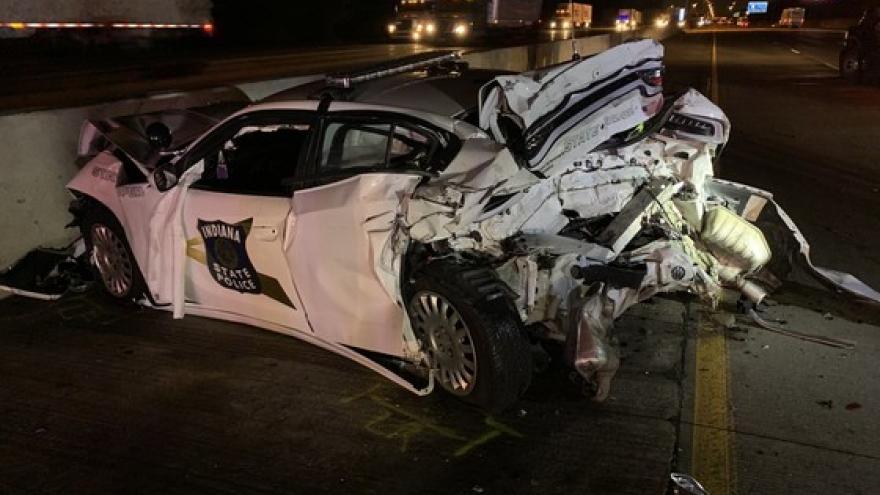 An Indiana State Trooper was hurt in a crash on I-80/94 near Gary early Wednesday morning.

Trooper Corey Adam and two other troopers were responding to a crash just after midnight when an SUV struck Adam's police cruiser.

The force of the crash caused the cruiser to strike the car in the original crash and the median wall.

Adam was in the driver's seat when the crash happened.

The other troopers pulled Adam from his patrol vehicle, which was leaking gas.

He was rushed to the hospital with serious injuries.

The driver, Cameron D. Geweniger, was booked in to the Lake County Jail on preliminary charges including OWI.