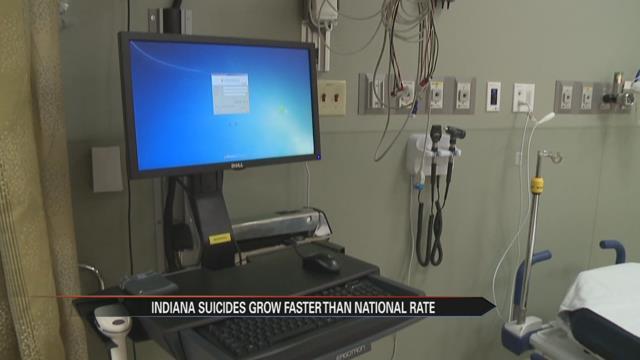 The CDC is reporting that suicide rates in Indiana have increased significantly since 1999.

The Center for Disease Control reports a 36% increase in its age adjusted suicide rate in the Hoosier state from 1999 to 2014.

According to the Indiana Suicide Prevention Coalition, a lack of mental health providers in Indiana means people aren’t getting the proper help they need, in time.

Another factor is the lack of discussion about this subject.

Drug addiction may becomes a problem when a mental health issue is left untreated.

Please call the National Suicide Prevention Lifeline at 1-800-273-TALK (8255), if you are considering suicide.