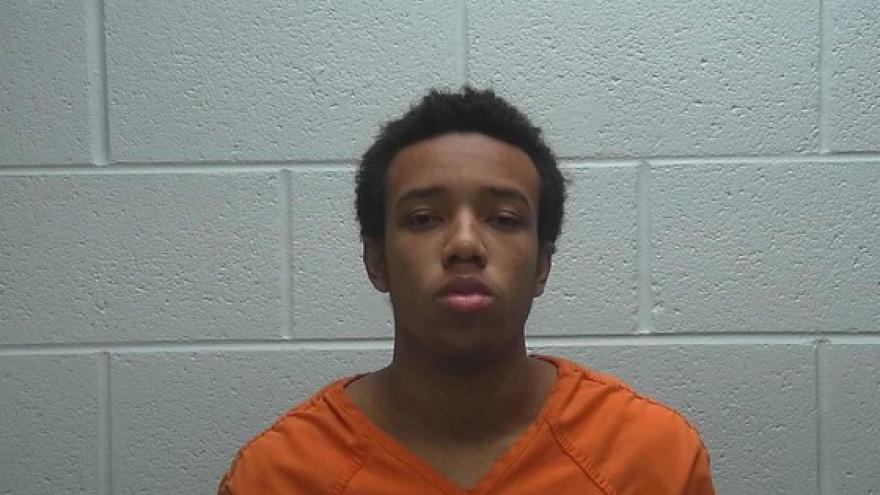 STEUBEN COUNTY, Ind. - Indiana State Troopers patrolling on the I-80 Toll Road Friday around 2:30 pm stopped to help a stranded motorist that turned into the arrest of a suspected car thief and recovery of a stolen vehicle.

Trooper Craig Woodcox and Zarek Finley found a man standing next to a tan Toyota Corolla tending to a flat tire.

20 year old Rochester, New York resident, Joshua Brown was unable to change the tire and was in need of a tow truck.

Trooper Woodcox was preparing to help Brown with the tire change, however the fictitious homemade paper license plate written in crayon on a grocery bag raised obvious suspicions and led to further investigation.

After running a check of the Toyota's Vehicle Identification Number, it was discovered the Toyota had been reported as stolen out of State College, Pennsylvania the day prior.

Troopers' also found that Brown had never been licensed to operate a motor vehicle in any state, and was currently on probation for Grand Larceny.

Trooper Finley placed Brown under arrest without incident and transported him to the Steuben County Jail.

Brown was booked into custody and charged with Possession of Stolen Property and Operating Without Ever Obtaining a License.

Brown will be held on these Indiana charges, and hen will face extradition back to Pennsylvania pending their local charges.

Trooper Finley was able to confirm the circumstances surrounding the theft of the vehicle, as reported by Pennsylvania authorities.

The vehicle had been left unattended and unlocked with the engine running outside of a local grocery store by the owner.

The owner, wanting to keep his car warming in the cold weather temperatures, had run into make a quick purchase, only to find his car missing upon his return.