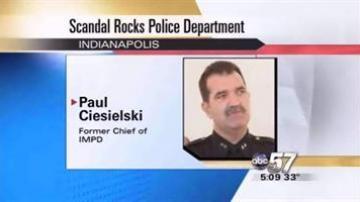 INDIANAPOLIS, Ind. – The chief of the Indianapolis Metro Police Department is out.

Now, the FBI is investigating the scandal that cost him his job. Paul Ciesielski resigned Tuesday after his department mishandled a blood sample. It was taken from a police officer. The cop was driving a cruiser involved in a fatal crash.

Back in August of 2010, an officer hit and killed a 30-year-old man and severely injured two others. It turns out that officer was drunk.

Three other high-ranking police officers have been demoted.