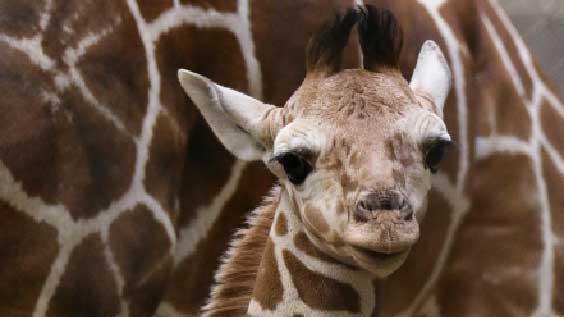 The Indianapolis Zoo 's first baby of the year, a giraffe, was born on January 9.

The giraffe calf weighed 159 pounds and stood 6-feet tall at birth, according to the zoo.

The calf was born to 18-year-old Takasa after a 15-month pregnancy. His father is 5-year-old Majani.

Zookeepers say the calf is curious, adventurous and has been exploring his surroundings while never straying too far from mom.

The new calf will make his debut in the spring.

The Indianapolis Zoo will allow the public to help name the new calf, but the details have not been released. Check out their Facebook page for details.