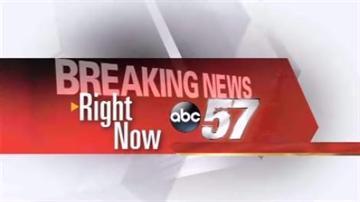 The court has never witnessed a phenomenon throughout the federal court system as is presented with this issue. In less than a year, every federal district court to consider the issue has reached the same conclusion in thoughtful and thorough opinions - laws prohibiting the celebration and recognition of same-sex marriages are unconstitutional. It is clear that the fundamental right to marry shall not be deprived to some individuals based solely on the person they choose to love. In time, Americans will look at the marriage of couples such as Plaintiffs, and refer to it simply as a marriage - not a same-sex marriage. These couples, when gender and sexual orientation are taken away, are in all respects like the family down the street. The Constitution demands that we treat them as such.

Marion County Clerk Beth White said her office is "prepared to comply" with the decision.

"Chief Judge Richard Young's decision on marriage equality sets forth a clear course of action for this office to follow regarding same-sex marriage licenses. It is my responsibility to uphold court rulings that impact this office and that is what I will do," White said in a statement.

"The Clerk's Office will be open until at least 4:30 p.m. this evening to issue licenses. I will also conduct short, civil ceremonies on a first-come, first-serve basis for a voluntary $50 contribution to the Indiana Youth Group." Clerk White goes on to say, "All couples seeking a marriage license will be treated with dignity and respect. Prospective applicants can do some homework first on what the process entails by visiting www.indy.gov/clerk."

The marriage license application should be started online at www.in.gov/judiciary; however, couples must appear in the Clerk's Office to complete the process before being issued a license. Couple's should note the current application asks for "bride" and "groom" names. Marion County Clerk staff have been trained on how to address this issue when the couple arrives to complete the process.

The Indiana Attorney General's Office will appeal the decision.