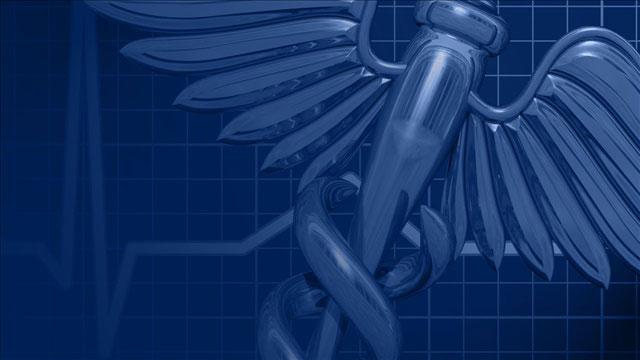 (CNN) -- Imagine getting a letter from a federal agency saying that your yard is exposing your children to an invisible poison that is known to decrease IQ. Then, you find out the agency tested for this toxic substance more than a year and a half ago, but the results are just now being delivered to you. And you learn that your 2-year-old shows blood-lead levels 6.6 times above the upper level of concern set by the Centers for Disease Control and Prevention. That nightmare is Shantel Allen's reality.

"It's devastating," Allen said. "I blame everybody who knew. Everybody that knew and didn't inform us."

The 27-year-old mother of five has been living in the West Calumet Complex in East Chicago, Indiana, for about six years and says her life got turned upside-down when a Department of Health official knocked on her door last month and said her family needed to be tested for lead poisoning.

In a letter from the EPA dated July 11, 2016, she was informed that some parts of her yard had lead levels up to 66 times above the lead limit and 55 times above the arsenic limit set by the Environmental Protection Agency. But what shocked her even more was that the letter said her "property was tested for lead and arsenic at the end of 2014." Which means the test was somewhere in a lab, on a shelf, on a desk or getting processed for more than a year and a half before she learned of the danger she and her children were in.

Allen's worst fear became a reality when she received a letter from the Indiana State Department of Health saying that her 2-year-old daughter, Samira, had a lead result of "33 capillary." Compare that with the CDC's upper level of concern, which is 5.

"She wasn't even able to go outside and play in the dirt, and her level was so high. So it was terrifying, you know, to think of what the other children -- what their results could be. They've been playing in the yard for years," said Allen.

Allen's 9-year-old son was recently diagnosed with hyperactivity disorder, she says. And her other children, ranging in age from 4 to 8, have also displayed symptoms that she says she couldn't explain before.

"They show all the signs and symptoms of having lead poisoning. They have fevers, chills; they vomit. ... I've taken them to the emergency room a number of times," Allen said.

'A perfect storm of lead contamination'

The West Calumet affordable housing complex is within the US Smelter and Lead Refinery Inc. Superfund site, according to the EPA.

A Superfund site is an area that has been contaminated by a dangerous substance and the EPA has determined that it poses health and environmental risks. The West Calumet Complex was built on top of the Anaconda White Lead company, according to EPA records. It is also south of the former USS Lead industrial site and next to a DuPont site. Together, these companies smelted, dealt with or processed lead for decades.

The Allen family and about 1,000 of their neighbors in the West Calumet affordable housing complex, including 670 children, were advised in a letter issued July 25 by East Chicago Mayor Anthony Copeland that they needed to relocate because of the elevated levels of lead found in the soil.

"It's actually a perfect storm of lead contamination," attorney Barry Rooth said. "The wind actually blows that lead right across the property and deposits it right where the residents live."

Rooth represents Allen, her five children and at least 80 other children living in the housing complex and says the local, state and federal governments failed all of his clients when they allowed people to live in an area with a long history of lead contamination.

"It can take 10 minutes to get on the Internet and go to the EPA's Superfund site and describe the years of knowledge and efforts made by people to do something about it. Literally those documents go back 40 years," Rooth said.

In 2009, the site was added to the National Priorities list, which one EPA project manager described in a 2012 transcript of a public meeting as the "EPA's nationwide list of the most contaminated sites in the country." The list is made up of more than 1,300 properties.

Of the 474 children and adults screened as of August 24, 29 have preliminary test results above the CDC level of concern of 5 micrograms per deciliter, according to the Indiana State Department of Health. Of those tested, 19 are children 7 and under. The health department notes that the majority, but not all of those tested, live in the West Calumet Complex.

"Between the air and the soil, you are creating an environment that was so dangerous to the children. You can call them a lost generation in terms of cognitive and mental problems," Rooth said.

It is nearly impossible to escape the lead exposure at the West Calumet Complex. Even though the EPA posted signs outside homes that read "Do not play in the dirt or around the mulch," children can still be seen playing on the soil. Home interiors were tested July 25, according to city officials, and elevated lead levels were found there as well.

"I kind of panicked, because it's like we're just sleeping in it. And lead -- we're sitting on contaminated furniture; our kids are walking barefoot on these contaminated floors," Allen said.

Who dropped the ball?

CNN followed the paper trail to find out who dropped the ball: the EPA, the state health department or the city.

CNN obtained documents showing that the East Chicago mayor blames the EPA's Region 5, the same region that Flint, Michigan, belongs to, for "flawed analysis" that "has allowed our residents to be exposed to the potent and unsafe levels of lead and arsenic for many years." The mayor also says the EPA created a "Public Health Disaster" at the West Calumet Complex due to the agency's "incomplete and ineffective" work, which "failed in its duty to protect human health."

The mayor wouldn't talk to CNN on camera, but in a letter to EPA Administrator Gina McCarthy that was obtained by CNN, he says Region 5 "received soil sampling data in December of 2014, showing that lead contamination within the West Calumet Housing Complex is extremely more pervasive, severe, and extensive than identified by the EPA's prior inadequate sampling, yet failed to share such data with the city until May 24, 2016."

CNN made repeated requests to interview the EPA's Region 5 administrator, but those requests were denied. Instead, the EPA sent CNN this statement:

"In retrospect, with spikes in the preliminary data, we realize that with increased scrutiny of that initial data it could have triggered action to be taken sooner, instead of having to wait until the data was fully assessed. EPA will institute a process to review preliminary data to flag the need for immediate action."

As for the Indiana State Department of Health, why did the Allen family only receive young Samira's high blood lead level result last month? The ISDH told CNN that it cannot speak about specific cases but maintains that "it is the responsibility of the local health department to convey test results to patients and follow up with them. Direct communications of blood lead results with patients by the Indiana State Department of Health are outside the standard process but, if made, are intended only to supplement the work of local health departments."

The City of East Chicago points the finger back at the department, saying in a statement to CNN: "The State of Indiana withdrew funding for blood lead testing in 2011," which led to cuts to local programs. The city says it was checking the state database for excessive blood lead results, but the state was no longer updating that database, instead emailing results to outdated employee addresses.

In a follow-up statement to CNN, ISDH disputed these claims, saying the cuts in funding were federal and blood lead levels are emailed to health departments daily; others are available in a database.

State Sen. Lonnie Randolph lives in East Chicago, near the West Calumet Complex, and says he is determined to hold the responsible parties accountable. He says he needs the help of top brass in Indiana, including the Governor and Republican Vice Presidential candidate Mike Pence.

"I'd like to see the governor come here, and I've talked with his office, and they've been here, and they indicated they're going to provide whatever we need and all that," Randolph said.

When asked whether the governor had visited West Calumet, Randolph said, "Not yet. Not yet. And I'm hoping he will, because I think with his presence, it'll give a lot of hope."

Randolph said the state has released $200,000 to help with the response at the West Calumet Complex.

The US Department of Housing and Urban Development has provided $1.9 million for rent vouchers and $400,000 for relocation specialists to help the Allen family and their 1,000 neighbors move to a safe neighborhood, according to agency spokesman Jereon Brown.

For the 2-year-old, who has been exposed to a toxic substance her entire life, government inefficiency could have irreversible consequences.

When asked what she would say to those who knew of the dangerous lead she and her family were exposed to, Samira's mother didn't mince words.

"Shame on you. We're people. We're human people with families," Allen said. "How dare you keep this from us and just let our kids play in lead and arsenic soil? How dare you? Shame on you."