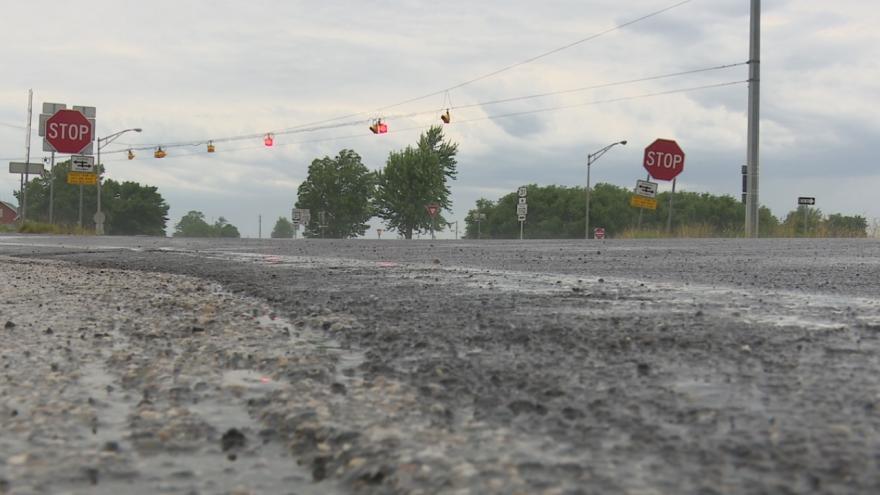 A potential change in traffic has some Marshall County drivers on edge.

Tuesday, representatives from Indiana’s Department of Transportation (INDOT) heard from concerned folks in Argos on a plan that would shake up U.S 31.

Both sides agree change at two intersections in the county is necessary.

What that change should be was up for debate.

“It’s fast traffic out there,” said resident Hal Sullivan. “We want it for safety so there are no wrecks.”

Neighbors filled the Argos Municipal Building to hear what INDOT wants to do with two problem intersections.

“Both these intersections were actually targeted through traffic studies as being some of the highest in the state,” said INDOT spokesman Doug Moats.

State Roads 10 and 110 are among the highest 5 percent in crash rate throughout the state.

“We knew that something had to be done right away to reduce these accidents, and that’s why we proposed this j turn intersection improvement,” said Moats.

Those normal four way intersections would see quite a bit of changes.

The median would have four openings instead of one and require drivers to execute a few turns instead of driving straight through.

But some see that as a major problem.

“Us farmers, we can’t get across if you’re going to close all those other access off,” said Sullivan. “Buggies, they got to cross and they don’t go fast like cars.”

All these concern were brought to the table during the meeting.

INDOT assured drivers the design of the intersection makeovers is still just a proposal and their feedback will go a long way in what happens to these troubled roads.

“Let’s not throw money at it to say we did something, let’s think it through, do it properly and hopefully that’ll be the end result,” said driver Pete Devos.

INDOT believes installing these j turn intersections is the most cost-efficient option.