Indy woman speaks out after charges dismissed for son's death 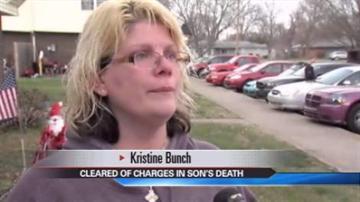 INDIANAPOLIS -- An Indianapolis woman who served 16 years in prison before she was cleared of a fire that killed her 3-year-old son spoke out Wednesday.

On Tuesday, a judge dismissed the charges against Kristine Bunch.

Her attorneys successfully argued that during her original trial the jury did not get all of the testimony.

The judge believed that if a jury had, she would have been found not guilty.

Bunch is planning to take the LSAT so she can become an attorney.